Thanks to a 21-metre beam, this new design will be able to accommodate the AgustaWestland 609 tilt-rotor aircraft built by Finmeccanica. But that’s just one of the many quirky features of a 100-metre trimaran concept developed by Winch Design that has already garnered the interest of the Oceanco yard in Holland. 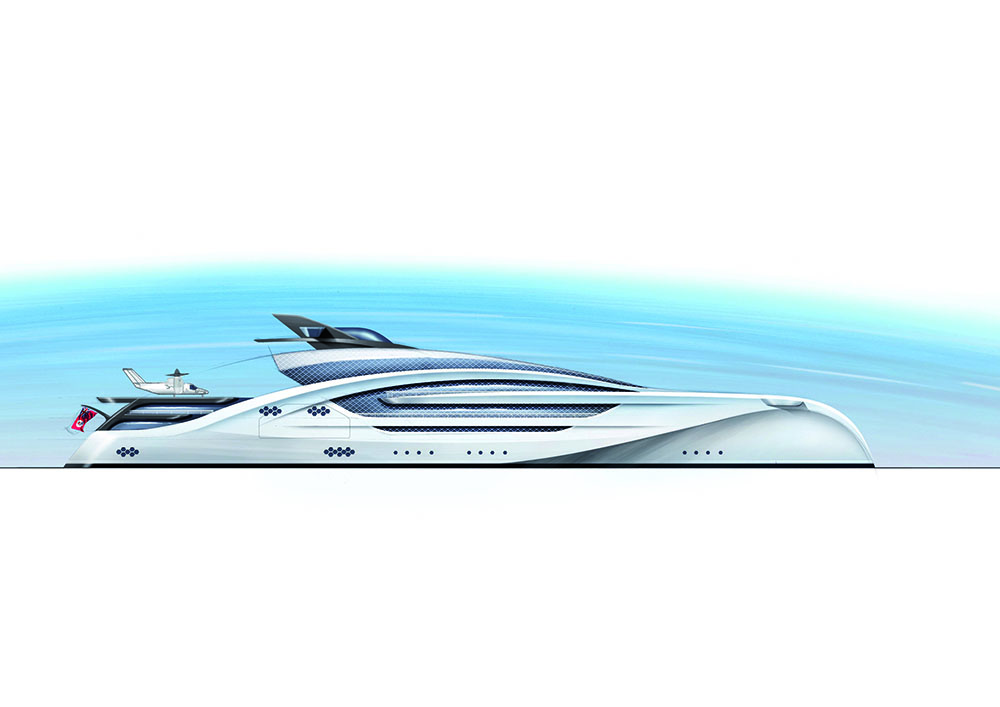 The English studio has given the yacht not just a landing pad on her stern but hangar into the bargain. Otherwise the exterior feels quite powerful and sporty with a reverse power and large swathes of glazing characterising the main deck and pilothouse. Hexagonal portholes also add a dash to the flanks. The 100-metre can make 28 knots at full throttle under conventional diesel single-engine power but other more radical solutions, including kite-power, are being researched also.