There were 9,516 professional visitors– out of a total of more than 22 thousand– who animated the second edition of the Versilia Yachting Rendez-vous, the international event dedicated to the high-end nautical sector, in Viareggio from 10 to 13 May. 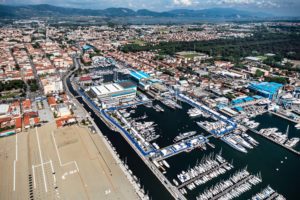 For four days, a major festival in the heart of the nautical district in Viareggio, attracted visitors from all over the world. Of the 22,000 visitors (+25% compared to the 2017 edition), 59% arrived from European countries (particularly France, Germany, England, Holland and Switzerland), and 41% from countries outside the EU (with a significant presence of visitors from Russia, the United States, and the United Arab Emirates). 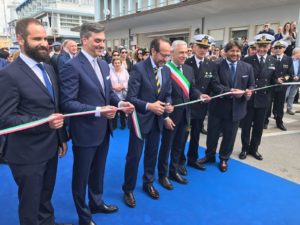 Along the docks of Viareggio, about a hundred beautiful boats were on show, the highest expression of nautical excellence in the world, and of the design and construction abilities of Italian boat yards. On land, there were 170 exhibiting companies: boatyards, accessories, marinas and elements of the production chain, in addition to luxury services available in the sector.

Lamberto Tacoli, President of Nautica Italiana.“It was a success in terms of visitors and commercial activities. The shared sentiment among all the participating companies was of increasing faith in the project, and in its potential for future development. The conferences organised were very interesting: research on the Market Monitor, developed together with Deloitte, the Legal Conference and the Design Conference which, this year too, brought the foremost international designers to Viareggio. A particular thank-you goes to the participants, to our partner Fiera Milano, and to the local institutions”.

“The data for this edition confirm the validity of the project, which allows Versilia Yachting Rendez-vous to be accredited as an event with the participation of businesses and boatyards that represent the leaders in pleasure boating,” said Vincenzo Poerio, president of the Distretto Tecnologico per la Nautica e la Portualità Toscana. “Participation has increased among companies from Tuscany, where the super yacht sector carries significant weight, and the intense programme offered many opportunities to focus and discuss on technology and innovation, and European design. We will work hard to make the territory and the event even more attractive to brokers and clients.  I would also like to sincerely thank the partners, all institutions of Viareggio and Versilia who operated alongside NAVIGO – the team leader in the district management authorities – in the organisational team.”

“In these few days, Viareggio has proven itself to be a beautiful, one-of-a-kind showcase, which attracted buyers and visitors from all over the world, brought together by their passion for boats and for the beauty of these places” said Fabrizio Curci, CEO of Fiera Milano. “Fiera Milano has provided its know-how in organising and managing large-scale exhibition events, in order to guarantee a highly successful second edition. This is an evolutionary path that has the winning combination to grow even more”. 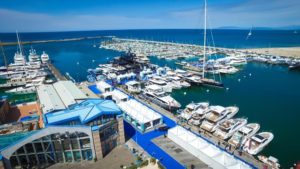 The Versilia Yachting Rendez-vous, significantly driven by Nautica Italiana, was organised by Fiera Milano,in collaboration with theDistretto Tecnologico per la Nautica e la Portualità Toscana, with the support of the Tuscan Regional Authorities and the Municipality of Viareggio,with the intention of involving the entire industry, as well as national and international associations in the sector. A great role, in terms of hospitality, was played by the territory of Versilia, with its municipalities of Pietrasanta and Forte dei Marmi,which were the stage and setting for the events that animated the days of the show.
The appointment with Versilia Yachting Rendez-vousfor all nautical enthusiasts for the third edition is set for May 2019, in Viareggio, as always!