Owners’ requests and aesthetically and functionally valid proposals that will produce practically sustainable design are two factors that today’s yacht designers must reconcile in their search to introduce the genuinely new and meaningful rather than novelty for its own sake. 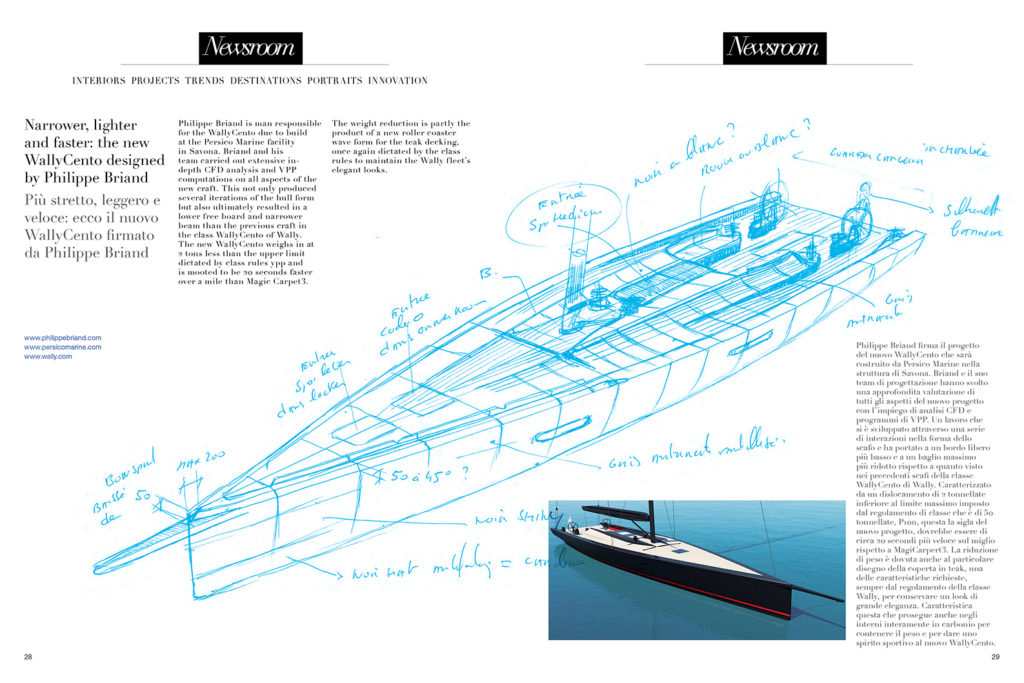 This is the challenge Team For Design and founder Enrico Gobbi are familiar with as they grapple to drive forward their technical research whilst endeavouring to respect seafaring culture. 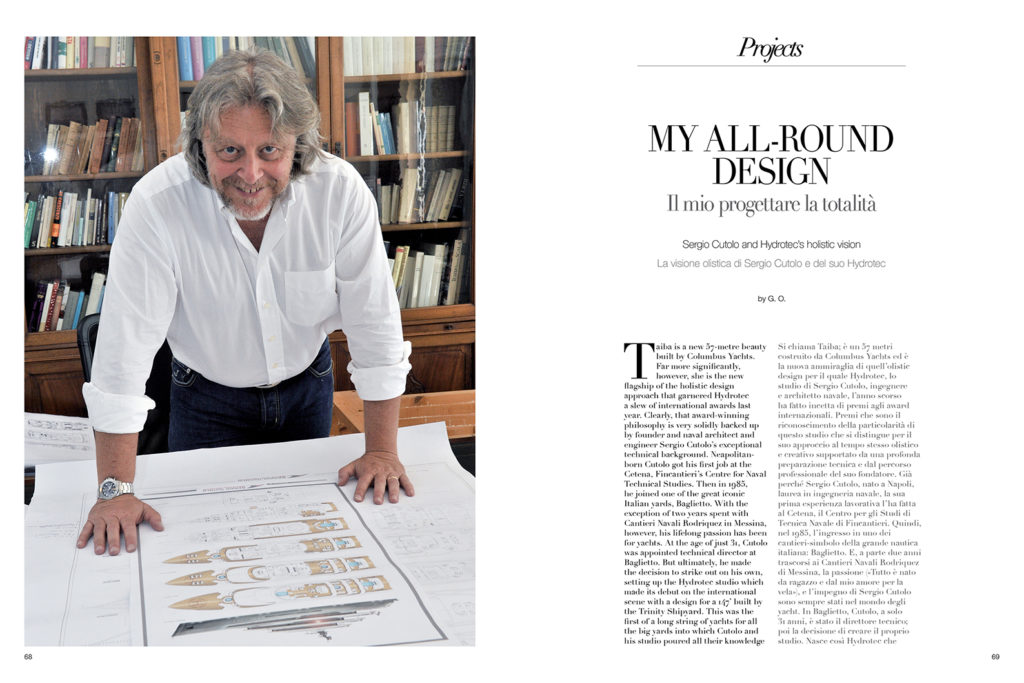 Both factors also underpin the heritage brought by Sergio Cutolo to his Hydrotec design studio which celebrates its 20th year in naval architecture in 2015 and which has broadened its scope to incorporate “holistic design”. 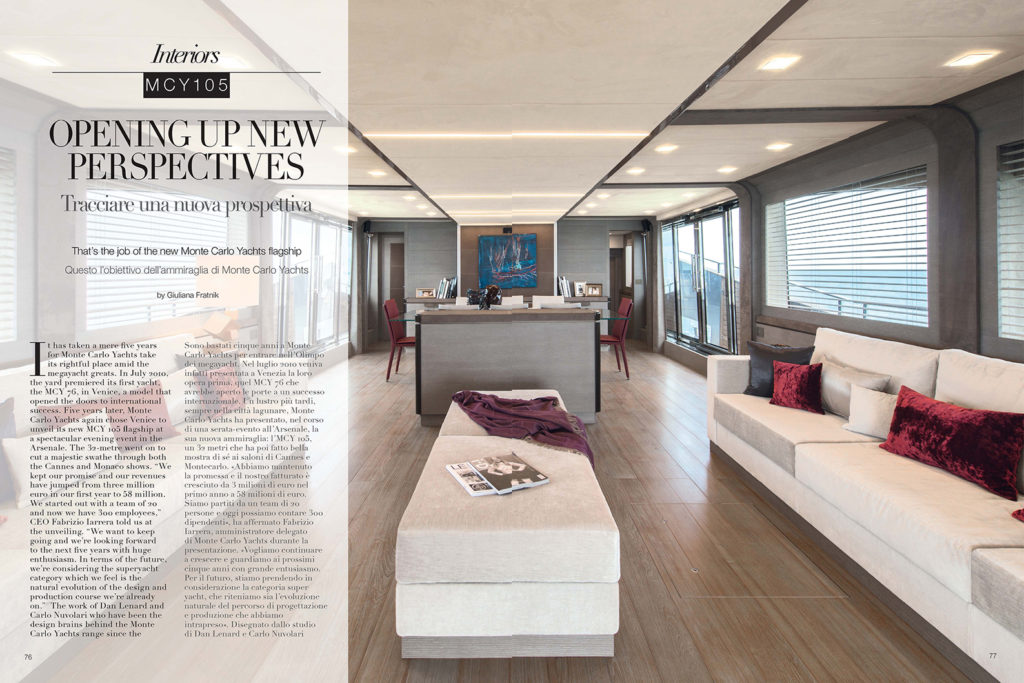 An overall approach also applied with alacrity to the new Monte Carlo Yachts 105 by Studio Nuvolari-Lenard to usher in a whole new course for the Fabrizio Iarrera-headed yard. With Onika, the new 40-metre from Delta Marine, and Perseus ̂3, the new 60-metre sloop from Perini Navi, those horizons have also broadened to embrace the big wide world their owners have in their plans.

Long passages have been on the cards too from the outset for Lady G., the third leading-edge Southern Wind 94, whose maiden passage took her from Willy Persico’s yard in Cape Town to her new home in Europe. Equally, although they are all different sizes and from different segments, Heesen Yachts’ 70-metre Project Kometa, the Custom Line Navetta 37 and Sirnew and Sirena Marine’s Euphoria fleet all target the new but with a focus on sustainable design. 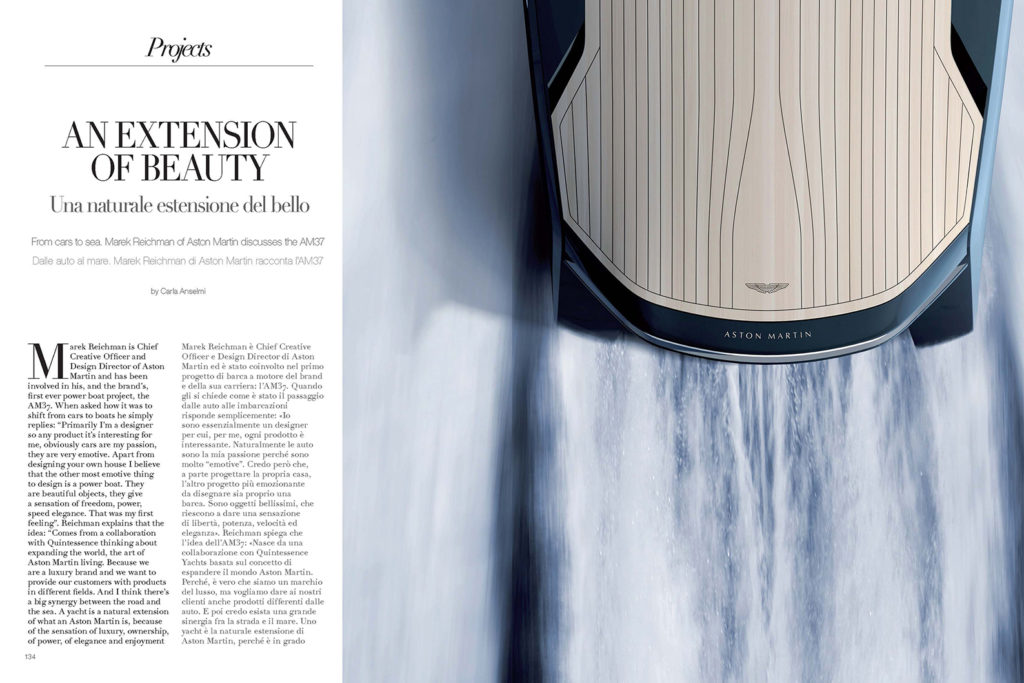 Just like Aston Martin has made the transition from sports cars to its first boat, following an evolutionary process its design director Marek Reichman considers a pursuit of beauty that is more than an end in itself. This is equally true of the Hotel Unique in Sao Paulo, Brazil: its gloriously audacious profile reminds us here in Top Yacht Design of a majestic ship. Of course.

READ IT IN DIGITAL VERSION FOR APPLE DEVICE

READ IT IN DIGITAL VERSION FOR ANDROID DEVICE