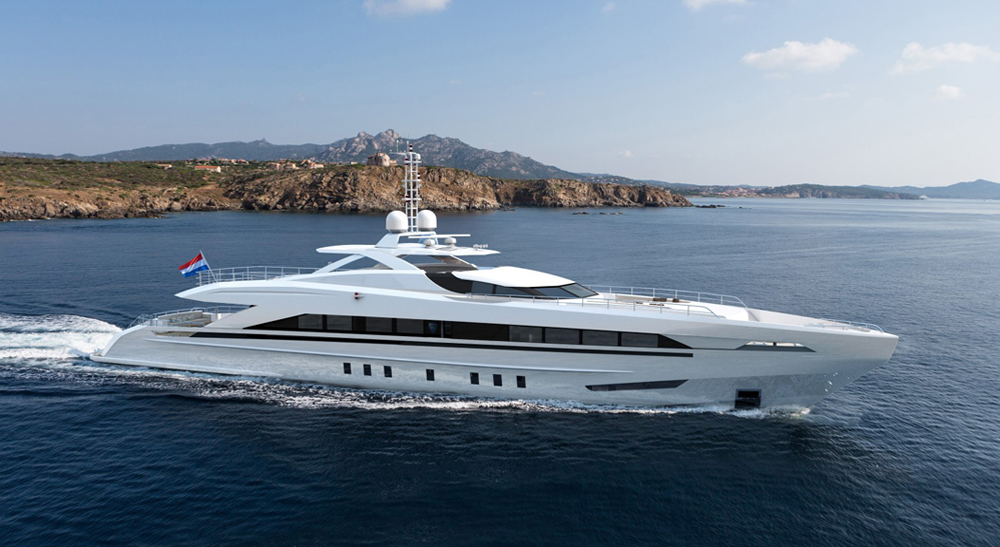 It was launched on November 12 Amore Mio latest creation of the Heesen shipyard.

The launching operations took place at the Heesen facility in Oss in the form of a private ceremony. Amore Mio is the largest and most powerful sports yacht ever built in the Netherlands. Her sleek, 45-metre aluminium hull, powered by two MTU 16V diesel engines, will slice through the sea at a thundering top speed of 30 knots. With long, angular lines soaring like a javelin from her knuckle bow through to the transom, she is yet another high calibre, successful design by Omega Architects.

Designed by Cristiano Gatto, the interior of Amore Mio is a fusion of contemporary style and sophisticated elegance all blended in a very cosy environment.

A performance yacht with not only power but also sophistication is what makes Amore Mio so special and sets her apart from every other sportster. The motto is simple: power with comfort.