Azimut 66 won the “MOST TECHNOLOGICALLY ADVANCED YACHT” in the 50′ to 80′ range.

Azimut 66, which made its debut at the Dusseldorf Boat Show last January 2016, is one of Azimut Yachts’ most popular models and packed with advanced technology. The new icon of the Flybridge Collection, it features smooth contours designed by and the extensive use of carbon fiber, which translates into a significant reduction in weight and increased interior and exterior volumes, for the maximum comfort. The shipyard’s investments in research and development have made it possible to introduce solutions inspired by the automotive world and home automation, which have been adapted to meet the needs of the pleasure craft market. 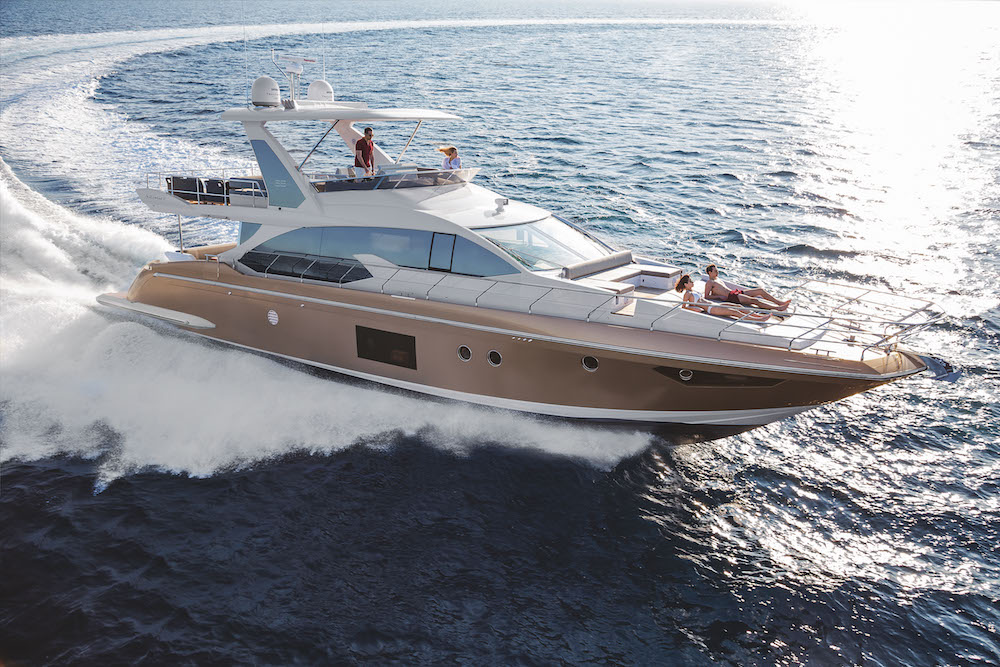 For Azimut 66, this is the second acknowledgement received a matter of days since its presentation at the Cannes Boat Show. A few days ago, in fact, the yacht was officially nominated for the European Powerboat of the Year Award 2017, competing against five other boats in the category over 45′ .

Both the award and the nomination are a further demonstration of how highly this model is appreciated for its uniqueness and originality, after being given an extremely favourable reception by the market. Most importantly, they confirm the success of the strategy of making long term investments in research and development, in the implementation of production processes, and in the development of new products, totalling about Euro 100m in the three-year period 2016-2019.