The yachting season looks set to be a particularly good one for Azimut Yachts, the Azimut Benetti Group brand that ranks as the world’s leading manufacturer of high-end yachts for the 17th year running, according to the Global Order Book 2017*, with 2,594 meters of yachts produced. The Azimut Yachts division, which specialises in yachts in the 12 to 35 meter range and generates about 50% of the Group’s total turnover, grew twice as fast as the market average in the four months from September to December 2016, booking orders worth a total of over €221 million. 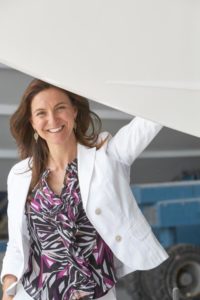 Compared with estimated growth of 8% by value for the market as a whole, the division reported a +15% growth trend by value against the same period last year, increasing its global market share in the process. After +7% growth last year on the US market, promising signs are being received from the MEA (+12%), Asia Pacific (+18%) and European (+25%) markets too. The best performance was reported in Brazil, with growth of +28% and the consolidation of Azimut Yachts’ position of undisputed leadership, driven by the far-sighted strategy of creating an international hub for the American continent.

The excellent results delivered by Azimut Yachts were driven both by large yachts (over 80’), which reported +27% value growth, and smaller boats (<45’), which recorded an increase of +18% by value. 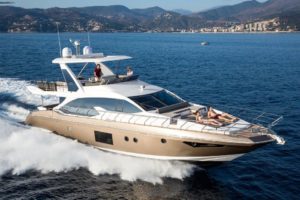 Double-digit growth at global level is the result both of a carefully thought out commercial strategy, based on direct market presence in partnership with leading local operators, and also of constant research and development work, which is essential for the brand to be seen as a driver of innovation (the Group is planning R&D investments totalling €100m in the three-year period 2016-2019). The focus on innovation and technology are part of the company’s DNA, as demonstrated by the brand’s positioning from the outset as a market pioneer, with the launch of a series of boats that have made yacht making history. 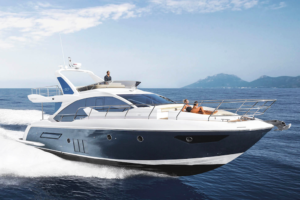 In 2017, the brand will stun the market with the launch of six new yachts, joining the 26 models currently in production to create a range comprising a remarkable 32 different boats. The novelties include the S7, the 27MT and the 35MT. The first units for these last two models have already been sold before the official presentation, with four unit of the 35 Metri and seven unit of the 27 Metri.

* The ranking of top boat builders across the globe recently published by the prestigious American magazine ShowBoats International.