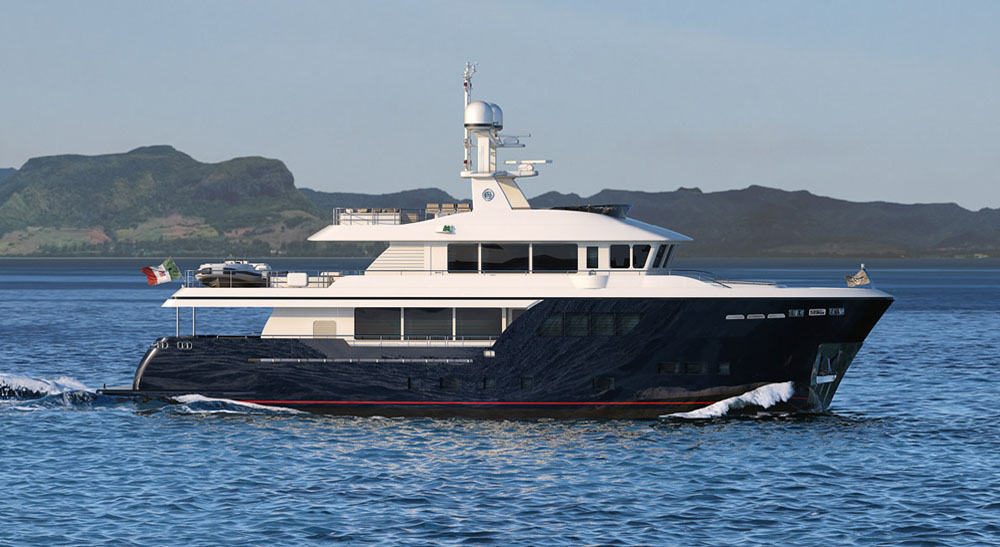 It is called Babbo the new Explorer Yacht in steel and aluminum of 31 meters and 244 GRT that Cantiere delle Marche has launched a few days ago for a South American shipowner and who will be officially presented at the next Yachting Cannes Festival.

This is the second out of four Darwin Class 102′ sold. The yacht’s layout is particularly suited for larger groups of people who want to spend time together and a great attention to toys and to the diving center, situated in the huge and fully equipped garage of almost 25 square meters.

As in the sistership M/Y Acala presented at the latest Fort Lauderdale Yacht Show, the aft platform will store a tender of 5 meters while the upper deck will host a 6.30 meter tender.

M/Y Babbo features three decks, interior generous spaces of 240 square meters and 244 GRT volume, which together hold in every detail the essence of an Explorer yacht, maintaining the quality finishes and the luxury typical of the superyacht world.

The interior design is the result of a “four hands” work between the South American designer Simon Hamui on behalf of the owner, who defined the style of decor, and the PFA studio from Fano that took care of the definition of general plans, of space planning and that oversaw the entire management of the interior design of the project.