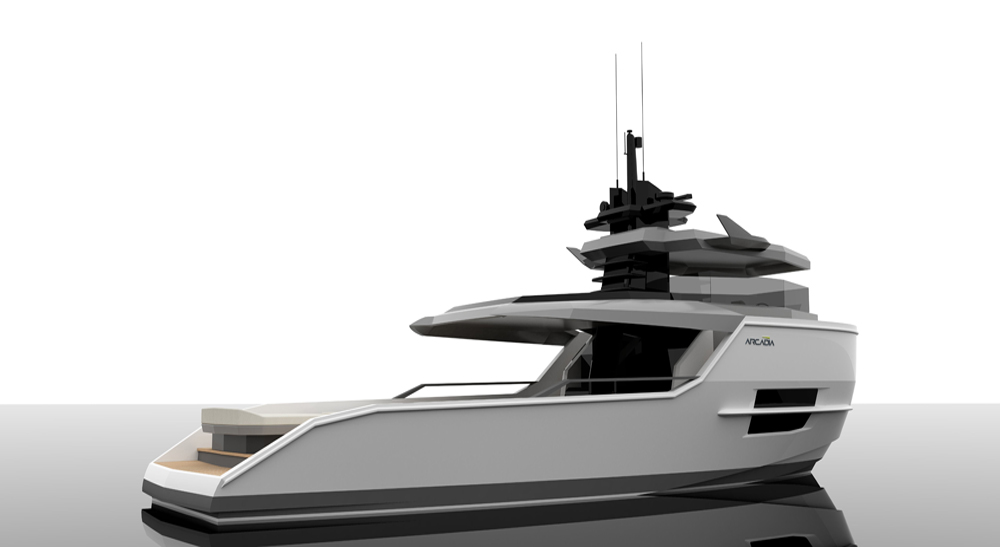 Big news from Arcadia Yachts. While the entry level Sherpa, a compact, eco-friendly 58’ model, hails the yard’s first foray into the slightly smaller end of the market, the new Arcadia 100 has already found an owner.

“The first Arcadia 100 belongs to an Italian client and will stay in the country,” announced a delighted Ugo Pellegrino, president and CEO of Arcadia Yachts.

Six units are currently in build, including two of each new model in the GRP range (the Arcadia Sherpa and Arcadia 100). In the meantime, construction has also begun on the 11th Arcadia 85 and the fifth Arcadia 115.

The Arcadia Sherpa makes its official debut at the 2016 Düsseldorf Boot in its Open Deck/Two-cabin Interior version. It is being built for Mediterranean cruising and splashes on December 15th – lamination began in August and was completed in late September. Both hull and superstructure are now finished. The yacht will be launched after tests ashore and will undergo Endurance Class sea trials. She begins her maiden voyage to Genoa immediately after she splashes.
In mid-December, the Arcadia Sherpa will be loaded onto a ship bound for Rotterdam via the Rhein. She’ll then be put on display at the 2016 Düsseldorf Boot.