Codecasa is building a new 65-metre yacht in top secret. The craft is currently the flagship of its output.  After Main in 2008, Family Day (now rechristened Eternity and Lady Lau (now Double Down), this 65-metre really puts the seal on the Viareggio yard’s talents. 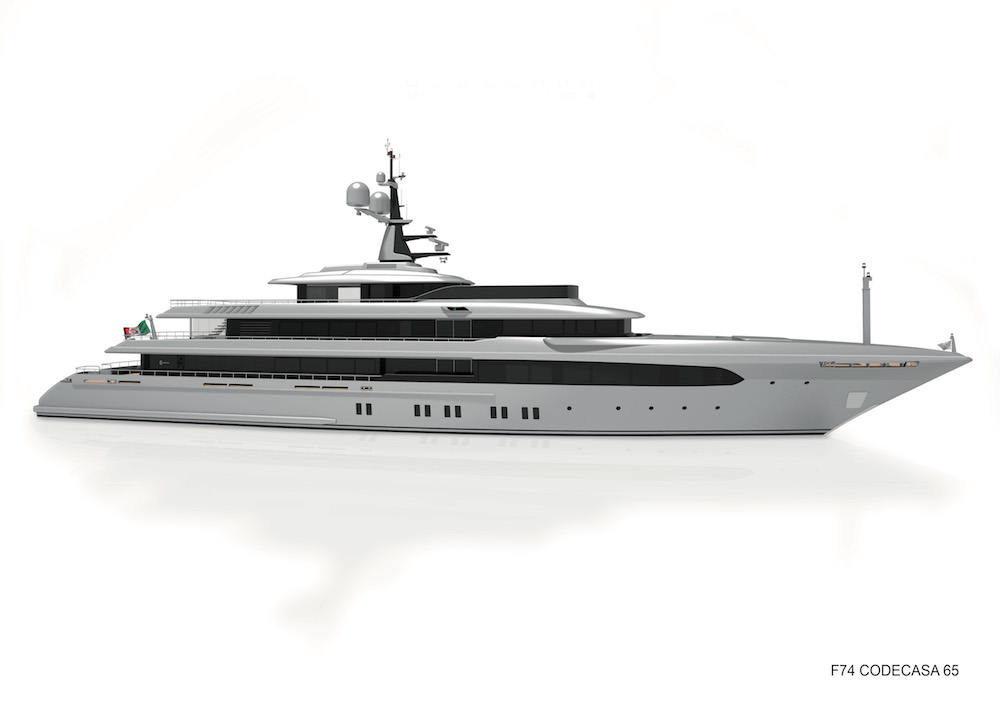 F74, as she is currently known, is a five-decker with a steel hull and aluminium. Her waterlines were designed in-house by Codecasa, while her all-custom interiors are the work of an interior designer brought in by the owner. The build is at such an advanced stage that the hull was moved to the Darsena dei Navicelli di Pisa facility in Viareggio where she is now being fit out. Twin Caterpillar F74 engines will give her a speed of 17 knots at half-load. Her owner takes delivery next summer.