CRN presented some of its new design projects at the Monaco Yacht Show. 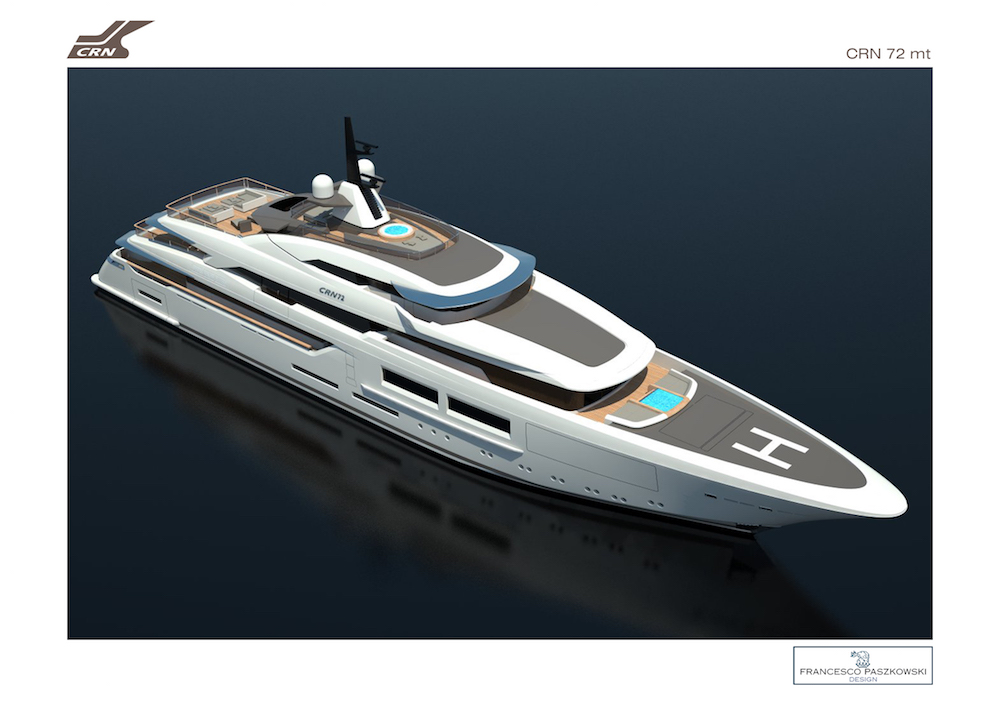 While drawing inspiration from and maintaining the family feeling with 61 m M/Y Saramour (the first superyacht built by CRN in cooperation with Architect Paszkowski), this new 72m project can rely on much larger volumes and introduce innovative architectural solutions. 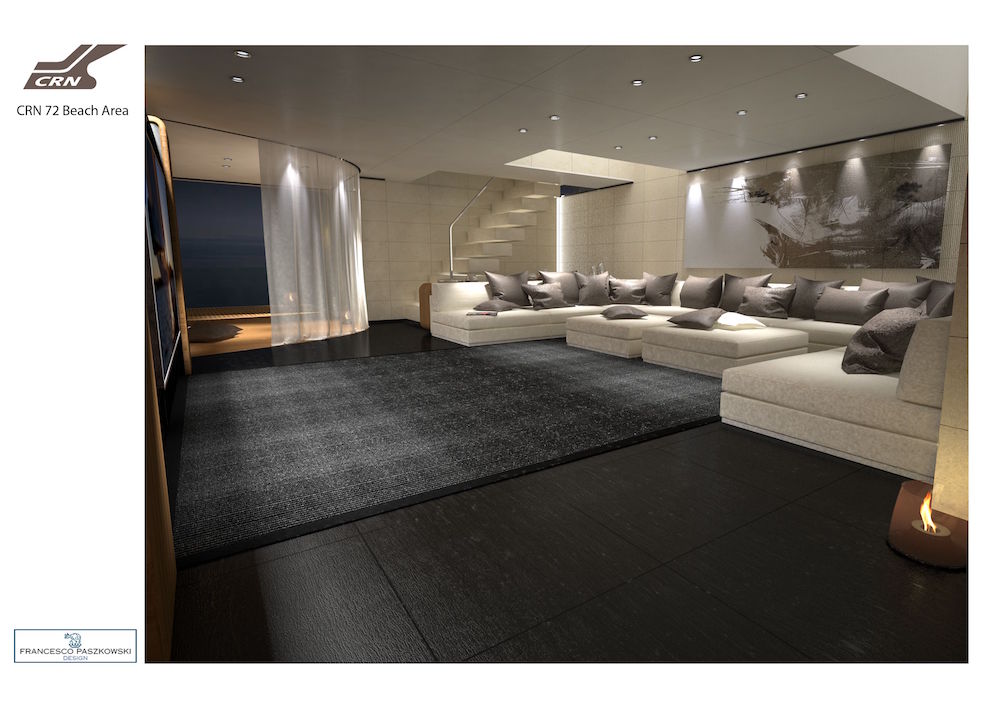 The philosophy behind this project revolves around three basic principles: increasingly slender lines that result in a very light silhouette; rounded shapes making the yacht generally more compact; and an extensive use of linear glazed surfaces as well as see-through balconies, which stylishly eliminate any barriers between the yacht and the water, air, nature. 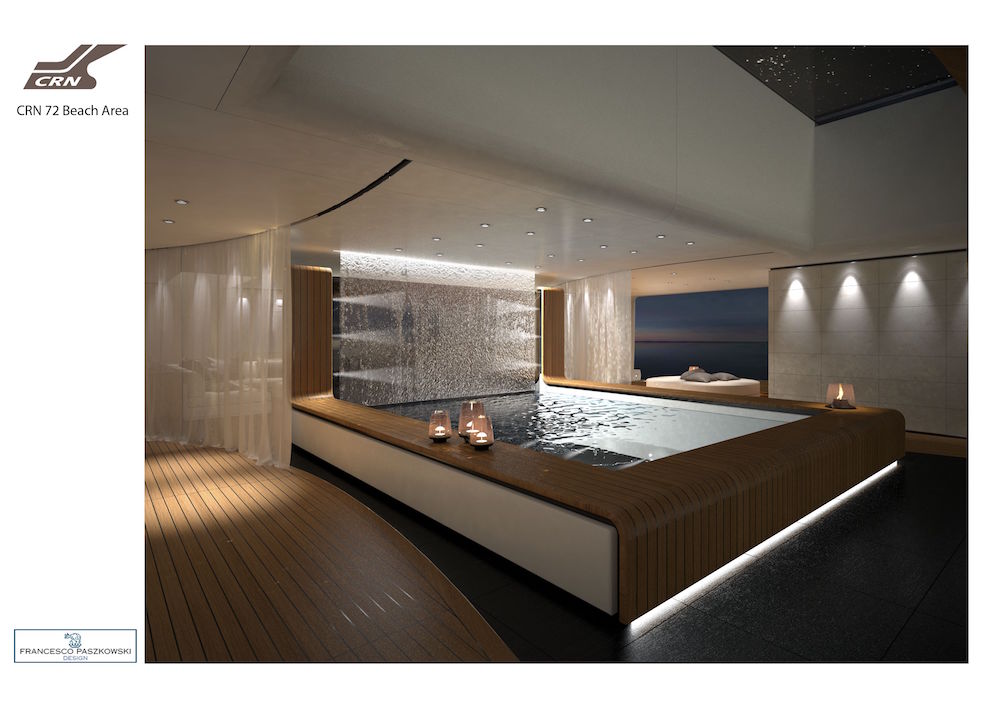 72 metres long and 13 metres wide, this vessel shows great care for onboard conviviality and relaxation, as proven by several dining areas, an entertainment area on the upper deck, as well as the gym, sauna, and massage room for guests. 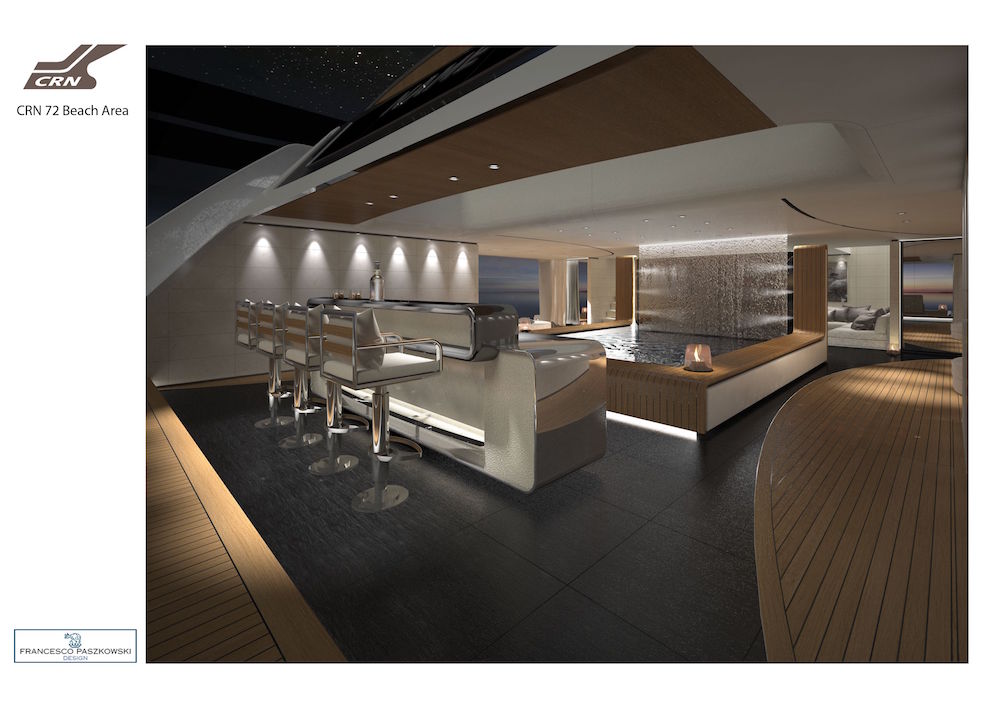 The relationship with the surrounding elements – mainly air and water – is a key feature in this yacht’s concept, which has been realised by creating terraces overlooking the sea, outdoor swimming pools, wide glazed surfaces and, obviously, a spacious beach club – all aiming at ensuring direct visual contact with the sea.

62 metres long and with a beam of 12 metres, CRN’s hull number 137 is a new captivating naval project developed by CRN’s engineering department in close cooperation with the Italian design firm Nuvolari Lenard, who has handled the concept and the exterior & interior design.

Between the hull and the superstructure, the yacht’s profile develops almost creating a wave-like movement, and making the vessel’s soft, sinuous lines even more charming, while the superstructure ends in a clear-cut vertical line onto the inverted bow – these were the guiding principles during the design and development of CRN’s new pleasure vessel, which will feature a master deck with the owner’s suite located aft and enjoying a magnificent sea view. 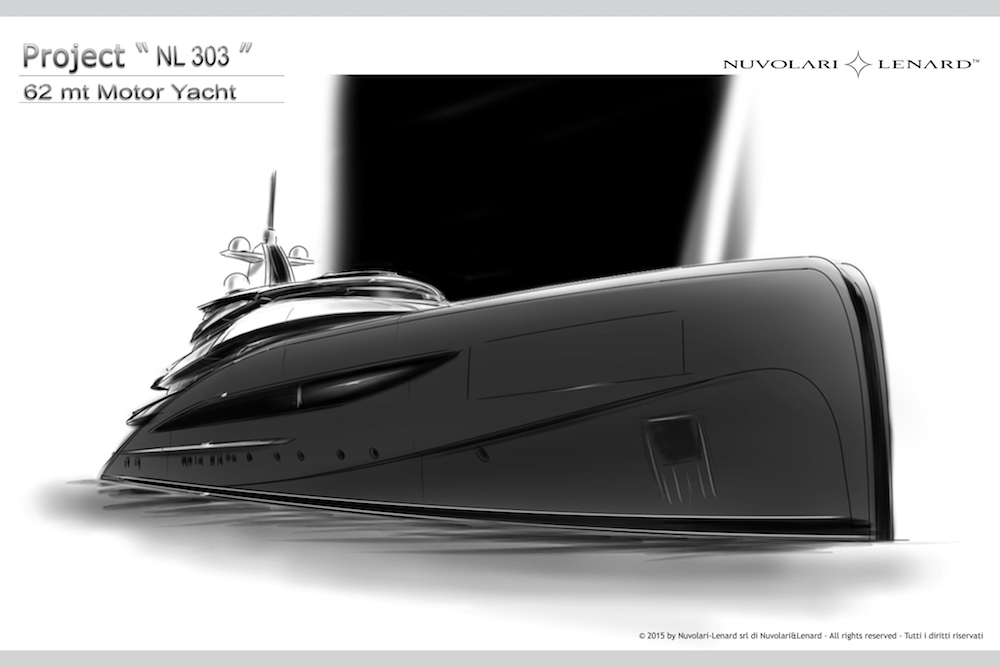 Following the signature of the contract in the summer, the construction of this yacht will start at the end of 2016, with the launch scheduled in 2019.