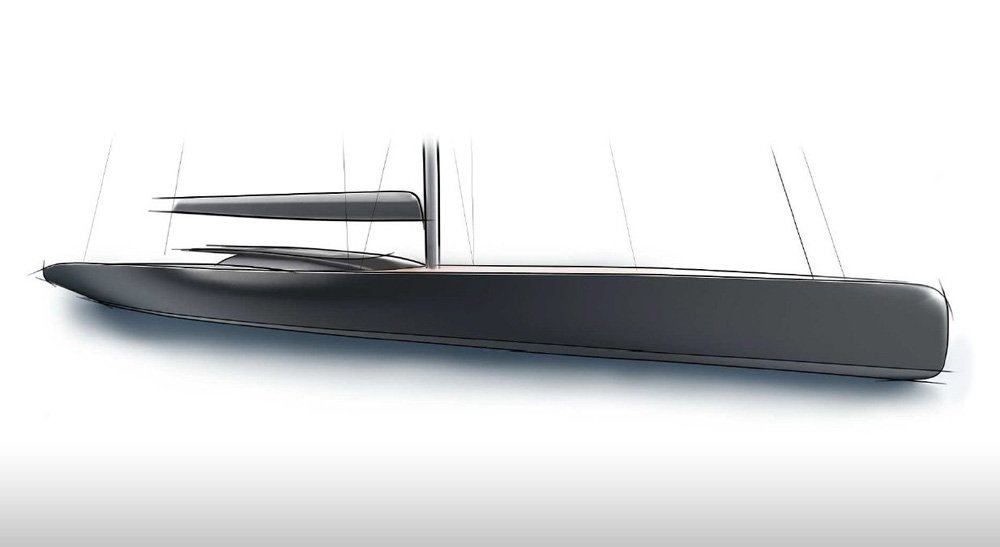 A very large six-metre scale model was used for tank-testing this new yacht because as English designer Ed Dubois explains: “The bigger the model, the more accurate the results.

You can scale anything down except for the viscosity of the water.” The result is Beast, a 58-metre performance sloop currently building at the Royal Huisman shipyard. The tank-testing, which took place at the Wolfson Unit in Southampton, produced the optimal compromise between a reduced wetted surface and minimal drag whilst guaranteeing the boat was generally very stable. However, Beast is more than just the product of her waterlines tests. She will sport a 71-metre Rondal mast and interiors by Rick Baker and Paul Morgan with bespoke elements by Francis Sultana.