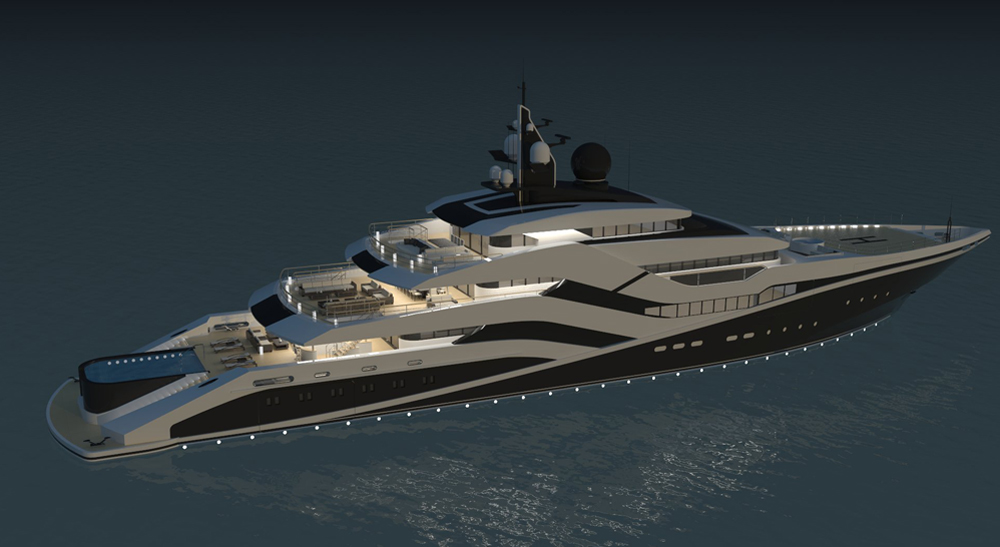 This 76-metre concept is the debut offering from Nao Yacht, a new engineering and design studio opened in last year in Cadiz, Spain.

Eivissa II was penned by founders Jesus Franco and Alejandro Gonzalez, and can accommodate 14 people in four VIP cabins. There are also two further twin guest cabins, while the opulent owner’s suite includes a spacious bathroom, private saloon and office. Eivissa II has a helicopter landing pad that, when not in use, can convert to extra al fresco chilling space.

Her most unusual feature is a large 7 by 5-metre pool aft on the main deck, the end wall of which is the central element of the transom. The latter, of course, features a beach club accessed by twin side stairs that wraparound the pool. Lastly, the 18-knotter has accommodations for 20 crew on her lower deck.