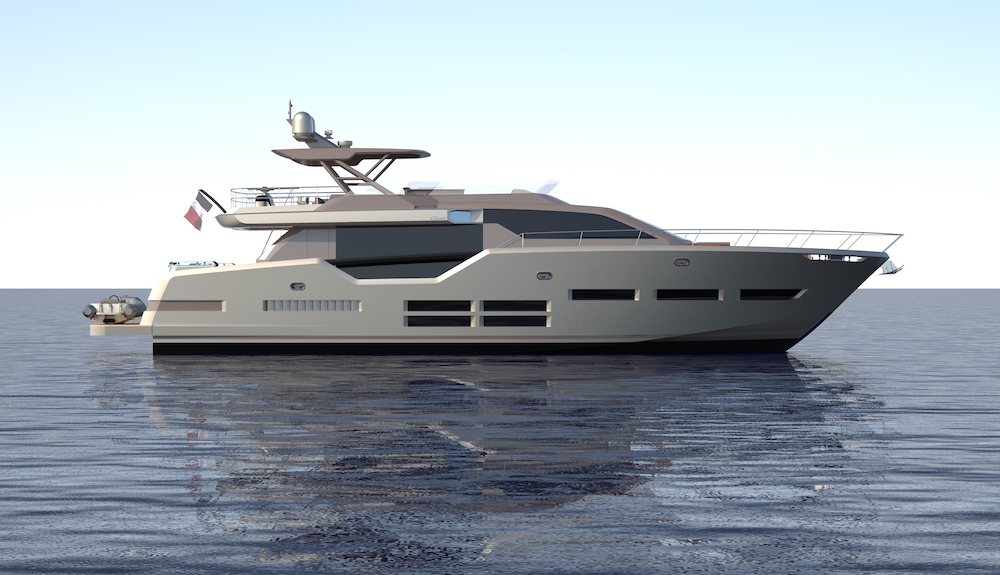 The first of the designs to be released is the 26.2m fast flybridge model, from the Timeless Collection, expected to be followed by up to five models in the same design aesthetic. The yacht will be able to carry up to 12 passengers and three crew. It is anticipated to reach top speeds of 30 knots and cruise at 23 knots, powered by twin V12 MAN engines.

The 26m flybridge will set the bar high for the future models in the Timeless Collection. It has a relatively linear design, in particular around the windows, but softening curves are found throughout the profile, for example around the windscreen, flybridge and knuckle.

“When creating the look for the Timeless Collection, we wanted to draw upon the historically strong identity that Couach had between the 1970s and 1990s; to bring back something that was distinctive and instantly recognisable with strong, meaningful lines,” commented Espen Øino. “Although this new design is very elegant, it reflects the serious purpose of Couach’s nonyachting vessels.”