It just might be that Christopher Seymour is a fan of Harry Potter or Greek literature. He is, after all, the man responsible for christening the new Fincantieri Yachts series ‘Griffin’ and, of course, that mythical creature plays a pivotal role in both the famous novels and mythology. 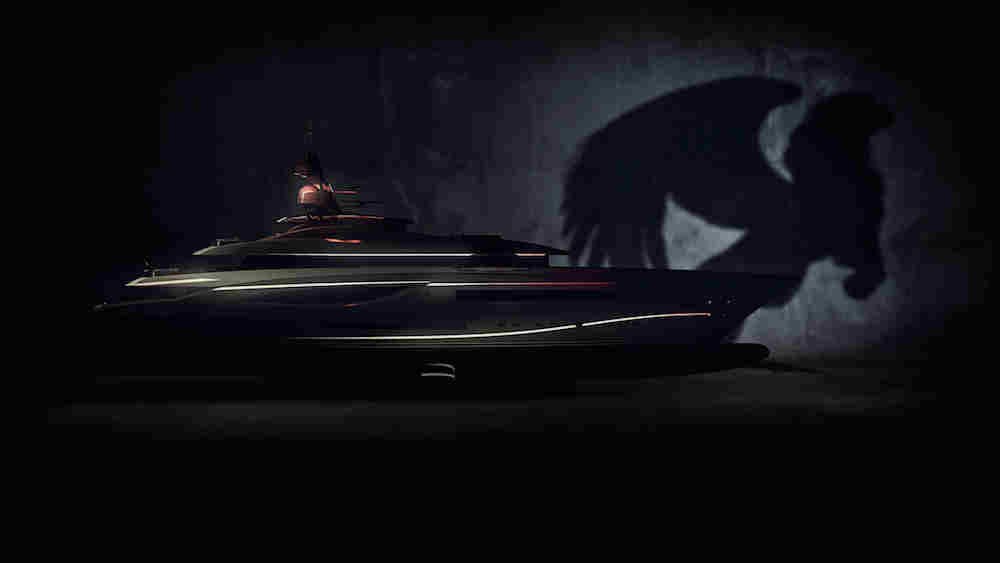 Seymour feels that the clean, graceful lines of the yachts recall the Griffin, a powerfully majestic mythical creature with an eagle’s head and lion’s body said to have guarded precious treasure as well as linking earth and sky. A little like Fincantieri itself which transferred all the know-how it had accumulated in building military ships and cruisers into its industry-leading Fincantieri Yachts division, resulting in some of the most gorgeous 100-metre-plus megayachts afloat, not least the 134-metre Serene and the 140-metre Ocean Victory. 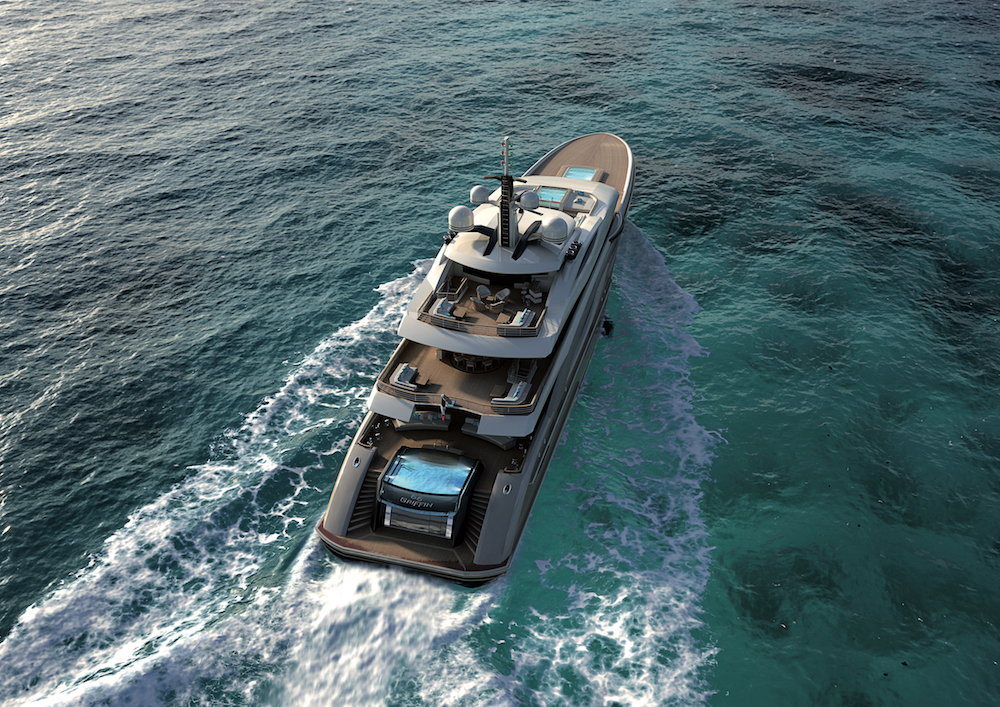 The fact that those skills could also be transferred to smaller vessels escaped the market’s notice, but the Griffin Series is a joyful reminder that will quickly mark Fincantieri out as a producer also of superlative 60 to 100-metre yachts. “After many years of building yachts of over 100 metres, we decided the time had come to focus on smaller craft,” explains Daniele Fanara, Senior Vice President of Fincantieri Yachts. “Of course, we will still be offering the same build quality we’ve always delivered in our megayachts in this new series,” he adds. 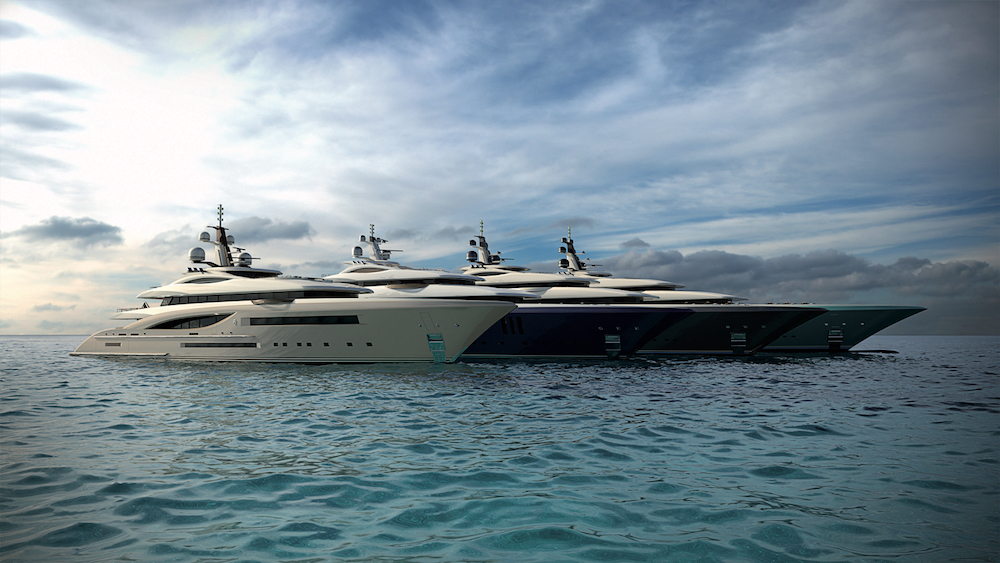 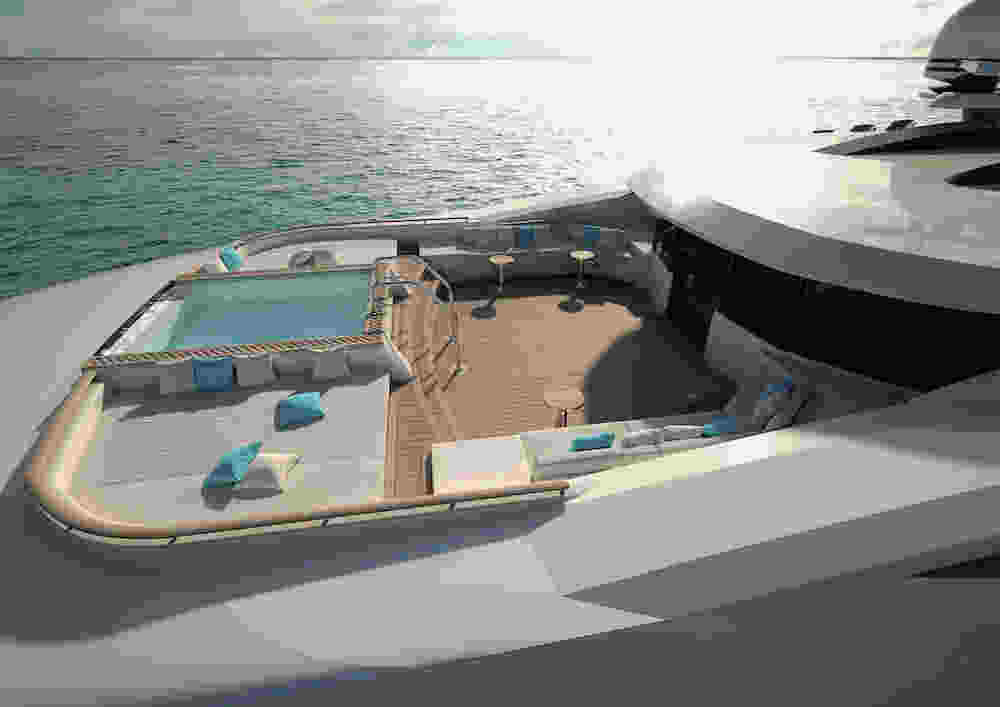 “Creating the same hull in four different sizes was a serious exercise for the designers,” continues Daniele Fanara. “We wanted the yachts to have similar exterior lines that would suit their different lengths but also for the interiors to be laid out and designed on the basis of their volumes which, of course, would be completely different in a 66-metre than a 99-metre. I have to say that we are absolutely satisfied with the result they’ve delivered.” 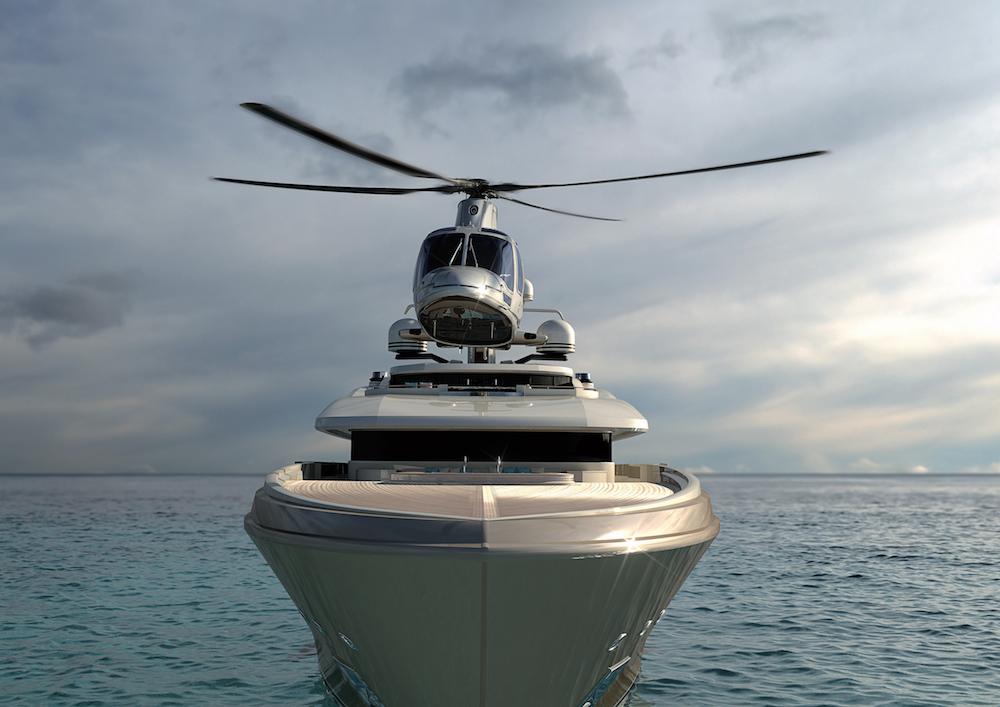 Taking their inspiration from the mythical griffin, the interiors are both majestic and bright, as well as referencing Fincantieri Yachts signatures, not least the raised infinity pool on the main deck and a transom that converts to a huge beach area. The interiors, on the other hand, are designed to create a minimalist yet warm and sophisticated impact with large windows guaranteeing contact with the sea even while comfortably seated. 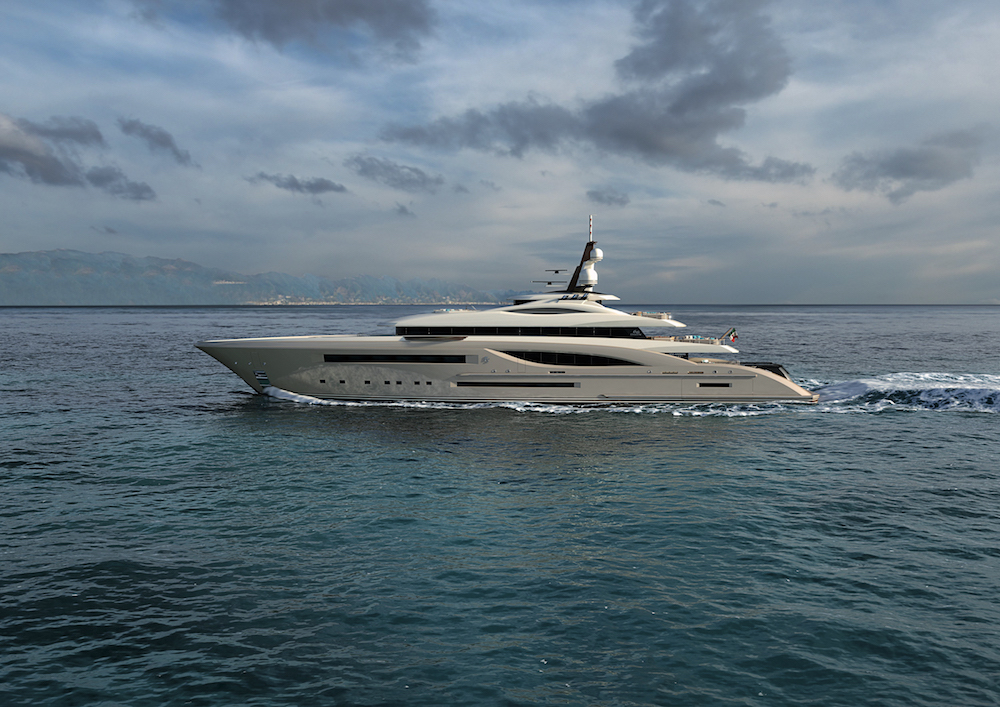 All four models have a stern garage that opens on both sides to leave plenty of space for the beach club, a raised pool on the main deck and a helipad on the foredeck (a touch-and-go in the case of the 66). 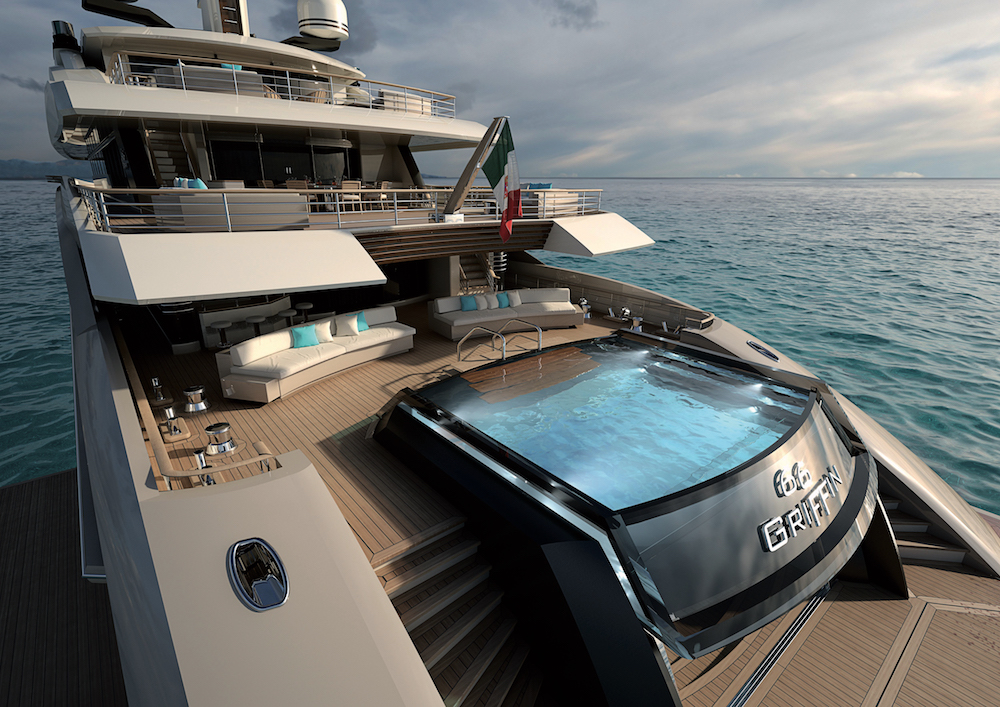 Generous exterior spaces, three pools (aft, forward and on the fly) available across the series and that beach club lend the Griffins a very Mediterranean character – they feel designed to completely embrace the essence of the marine environment albeit with Fincantieri Yachts’ signature discretion. It goes without saying that all four models can be customised to suit their owners’ wishes and tastes also. “Our typical owners buy their yachts to use them but don’t like publicity,” Fanara explains. 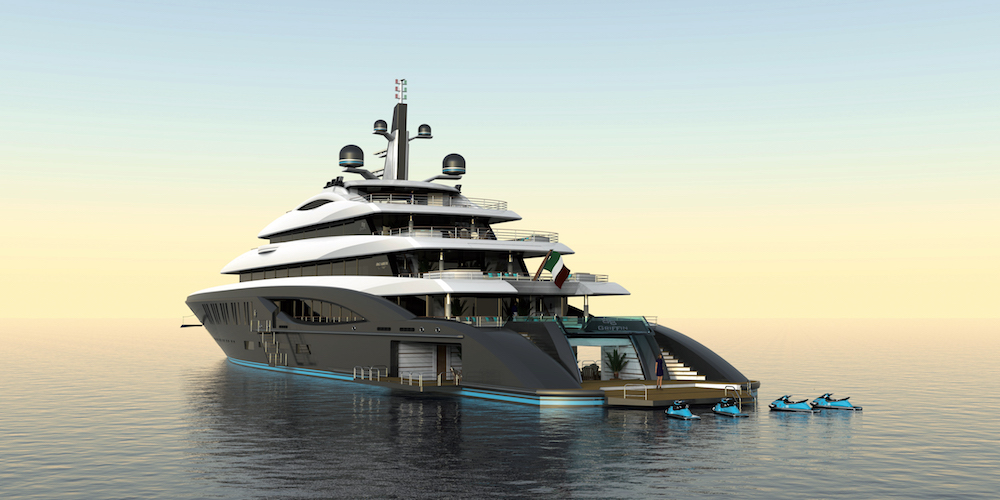 “These are people who don’t want a yacht that is too large. That said, they still demand a quality hull built to the same engineering and technological standards as a 100-metre-plus megayacht but with the versatility that smaller dimensions guarantee.”  explains Fanara.  At the Viareggio presentation, the spotlight was on the smallest model: the Griffin 66. Beautifully designed to accomodate six-two berth cabins and a 15-strong crew, the Griffin 66 has a 12.3-metre beam, a GRT of 1,575 tonnes, and a 3.8-metre draft at full load. Her engine set-up remains a closely guarded secret but the yard has revealed that she will top out at 17 knots.