When the going gets tough, the tough get going and produce yachts that change the course of history. Designing a 120-metre yacht with a very low slung stern open to the sea and a beach area the size of three squash courts is not for the faint-hearted. But that did not stop Horacio Bozzo throwing down the gauntlet or Fincantieri Yachts accepting the challenge and developing the concept with its trademark skill and flair. 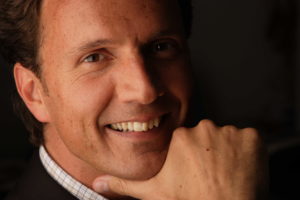 The result is Private Bay, a megayacht concept of 120 metres clothed in exterior lines and backed by a design philosophy that ensure she’ll be a real head-turner. 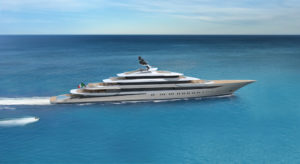 Despite having no less than six decks, the yacht is clothed is astonishingly sleek, streamlined lines with expansive al fresco areas that keep guests in contact with the sea. It also has a striking open transom that skims the sea and affords a beach club of over 160 square metres complete with swimming pool.

“The decision to make the stern completely open was more of a philosophical choice than a style whim,” explains Horacio Bozzo. Were it not for Fincantieri Yachts’ unparalleled skills, such a radical, technically complex move might well have remained a virtual dream. 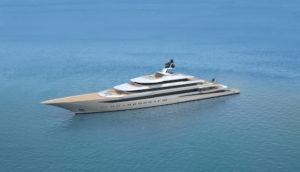 “For Private Bay, we chose a platform from the ones available to us that would produce a yacht with harmonious forms that also met our philosophical and conceptual criteria for the craft. Private Bay’s stern is very unusual in shape while the long, streamlined bows also give the exterior a more dynamic character. There are details that set her apart too, particularly the aft balconies set into the hull at main deck level. I protected them with glazing to give guests a private spot to admire the sea out of the wind,” continues Bozzo. 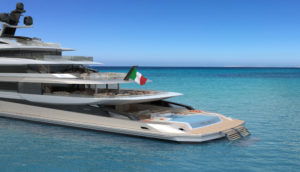 “The large open stern designed by Bozzo forced Fincantieri Yachts to very carefully research Private Bay’s stability, sea-holding, robustness and centre of gravity. This ultimately created a perfect synthesis of technology, design and construction prowess. The epitome of what we describe as the ‘technology of beauty’,” Fincantieri Yachts declared in an official statement.

Private Bay is also a very beautiful craft. More significantly still, she is ushers in a new take on the megayacht ideal.

“When I imagine a boat, I always start from the philosophy behind it rather than the aesthetic,” continues Bozzo. “With Private Bay, I thought of a yacht for a dynamic, sporty young family that wants to enjoy their yacht in complete freedom and with direct contact with the sea.” To deliver on this notion and to create more outdoor space, the Argentinean designer penned a craft with a light, compact superstructure and very generous expanses of open deck. 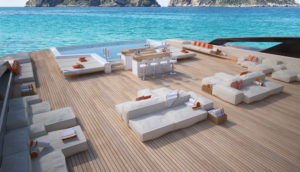 In all, owner and guests will have 1,300 square metres of space available to them, 160 of which is accounted for by the beach club alone. Between 25 and 30 per cent of the remaining 1,140 square metres is al fresco, spanning, amongst other things, two hydromassage tubs forward (one on the main deck and one on the sun deck), lots of sunning areas on all decks and an aft cockpit on both the main and upper decks where guests can relax.

The beach club, however, deserves a mention all of its own. “The decision to make it this big stemmed from a desire to create a yacht that allowed guest to literally have a ‘waterfront’ experience of the sea, something I’ve never seen before aboard. This area is also where guests will gather to have relax and enjoy each other’s company. There are also plenty of more intimate spaces for those that want a little peace and quiet, of course,” says Bozzo. 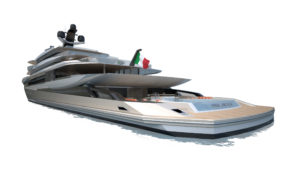 Aside from a large infinity pool with a glass end wall and a wet bar, the beach area also has a large al fresco cinema. The side glazing also opens and submergible steps aft make getting into and out of the water exceptionally easy.

Private Bay will accommodate 18 guests and 31 crew. She’ll be powered by twin diesel engines coupled with controllable pitch propellers (CPP) to deliver a redline speed of 18.5 knots in addition to an explorer vessel-standard range of 5,500 nautical miles when cruising.