Gianni Zuccon has obtained yet another important recognition: at the Boat International Design & Innovation awards he was honoured with the Lifetime Achievement Award, confirming the great esteem and admiration of the international nautical community, gained in 42 years of career in this business. 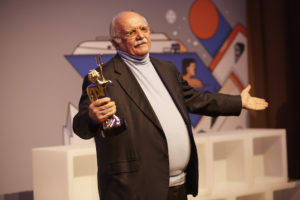 The 2018 edition of the prestigious and awaited award ceremony of the Boat International & Innovation Awards took place in Kitzbühel, Austria. Gianni Zuccon, one of the protagonists of the evening, was awarded by a jury of owners, captains and designers, in the Lifetime Achievement category, one of the most sought-after by designers. 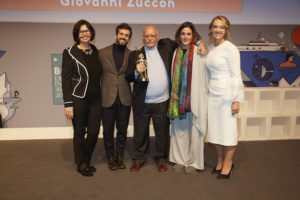 This is yet another recognition among the numerous and authoritative awards – the last was the title of Ambassador of Italianism in the world by Altagamma Honorary Council – that Gianni Zuccon has collected in his long and profitable years of career. A career that, at the very beginning, started outside the yachting industry and was happily “contaminated” by different disciplines: among his first projects there was the contribution to the creation of a city for 50,000 people on the Congo riversides, in Zaire, while in the 80s he created several automotive projects and designed buildings for the European Space Agency. 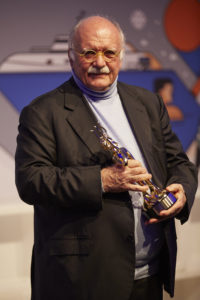 During the award ceremony, Gianni Zuccon thanked all those who helped him in his career. The long list included above all the international superyachts publishing group Boat International, its great “princes” including Norberto Ferretti and Lamberto Tacoli, his wife Paola, with whom he shared every single project and, finally, his children Martina and Bernardo, who represent the future of the firm.

The Lifetime Achievement inaugurates a period of ambitious projects, salient objectives and major changes, including the inauguration of a large office/studio, conceived as a “creative workshop”, and the new collaboration with Sanlorenzo and Perini Navi.