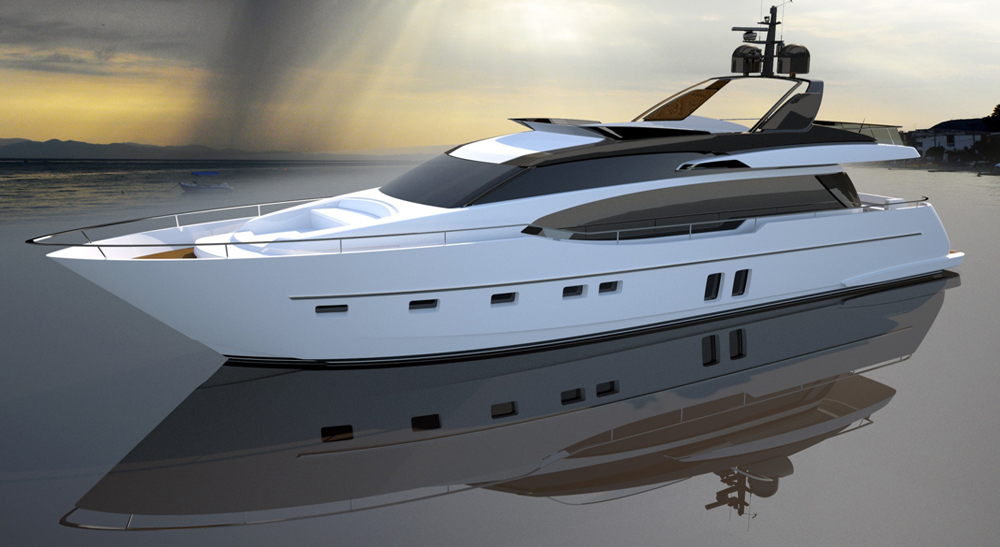 Despite an exclusive production of unique models, each one made to measure according to each owner’s requests, Sanlorenzo confirms its second position in the world ranking, right after the Azimut‐Benetti Group and still above the Ferretti Group, which Sanlorenzo overtook in 2014.

The global map of luxury yacht builders (755 total units under construction) remains the same as in 2015 where Italy dominates all the other builder nationswith 286 units (35.784ft), the Netherlands are in second position with 68 units (12.657 ft) followed by Turkey with 71 units (10.909 ft). Surprisingly, Taiwan reaches the fourth position for the first time ever with 74 units under construction (7.375 ft), overtaking the USA with 57 units (6.689 ft) and the UK with 64 units (6.414 ft), respectively at fifth and sixth position in the ranking.

Sanlorenzo has been maintaining a steady increase in construction for the past few years, switching from 37 units in 2011 (3.898 total feet) to 54 units in 2016, for a total length of 6.204 feet (1.891 meters).
Italy confirms its absolute leadership in the superyacht business and Sanlorenzo has proven once again to be one of the most stable and well‐established manufacturers in the luxury marine sector.