A standing ovation saluted Giuseppe Carnevali, co-founder and President of Navionics, who changed the way the world navigates, as he received the award by the National Marine Manufacturers Association at the Miami Boat Show.

Giuseppe Carnevali, an Italian who describes himself as an inventor and a nomad citizen of the world because he lives in multiple countries, is a 70 years old naval architect and mechanical engineer who served in the Navy, won two National sailing championships, is an airplane and helicopter pilot, and a diver, with a knack for innovation. He proudly received an achievement award for innovation by the National Marine Manufacturers Association in Miami, Florida. 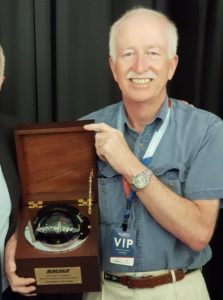 Everybody today uses a “GPS navigator”, but not everybody knows that the world’s first such device was born 35 years ago thanks to Navionics, the company that Giuseppe co-founded and served as President until few months ago.

Thus Giuseppe revolutionized navigation, going from paper maps, sextant and spreaders (and a lot of approximation) to the pinpoint and real-time navigation that is now part of our everyday life everywhere in the world. 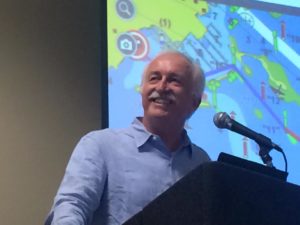 In the acceptance speech, Giuseppe reminisced the long journey, started when authorities all over the world tried to stop him from doing what they considered nothing less than heresy: an electronic chart instead of paper, furthermore made by private industry instead of government.

Ultimately Giuseppe’s resilience, who never gave up, and the excellence of the breakthrough after breakthrough products, prevailed and today 100% of the navigation systems for boats support the electronic charts and use the technology developed by Giuseppe’s team.

Giuseppe also pioneered navigation apps for smartphones, which are now by far the worldwide leaders in the boating community.

In closing his speech, Giuseppe spoke with great enthusiasm about the new technologies, like artificial intelligence and machine learning, which will surely bring about another revolution in navigation, absolutely comparable to the revolution from paper to electronic, and how he would love to lead this next revolution.

However, Giuseppe is acutely aware that having achieved age 70, having achieved the status of great-grandfather, and having achieved stage 4 of his cancer, it was time to pass the relay to new generations, trusting that they will be able to put new drive into pursuing these incredible opportunities. So both Giuseppe and his wife opted to retire and focus on humanitarian activities through the Foundation that he conceived, but is entirely managed by his wife Jacqueline Carnevali. 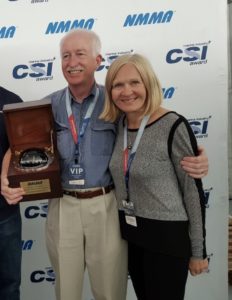 Thanks to this initiative, in India, 70 orphan girls have a home and education until their adulthood, and 2,000 amongst the poorest children, who otherwise would be condemned to illiteracy and possibly child slavery, have an opportunity to go to school from kindergarten all the way up to university, and infact some of them are already computer and civil engineers, with good jobs in leading international companies, after being born in huts made of dung and mud. The school longest managed by Jacqueline through the Foundation, in line with its goal of excellence, achieved the ranking of best public school in its district