It all began on the dreamy Caribbean isle of St Barths about a decade ago when the Contreras family opened Le Sereno, a five-star hotel that welcomes a select 50 guests at a time and has become something of a second home to Victoria’s Secrets models. Then, a couple of years back, the same family came to Lake Como in search of a location where they could repeat that Caribbean success story.

This is an understandable choice given that the Lake has become the haunt of a slew of international celebrities and VIPs who flock there for the peace, beauty and, most importantly of all, privacy. 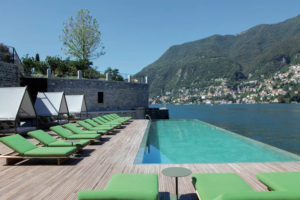 Il Sereno has now taken the place of a three-star at Torno on the eastern shore of the Lake. This stunning boutique hotel offers 30 suites and is already virtually booked out for next season. Nearby is the marvellous Villa Pliniana which is now under the same management. 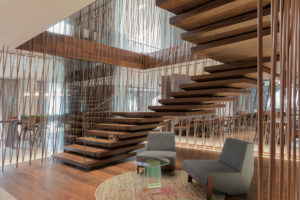 Not all of the original building at Torno was demolished. In fact, the little dock has been retained and provides an elegant, sensual contrast to Il Sereno’s sleek modern façade which bears the stamp of internationally-revered Milan-based designer, Patricia Urquiola. 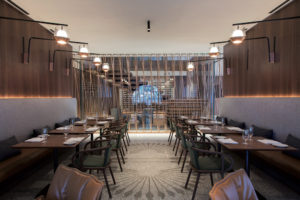 Her inimitable style is clear right from the façade but it is the magical otherness that Il Sereno exudes that makes it absolutely unique. 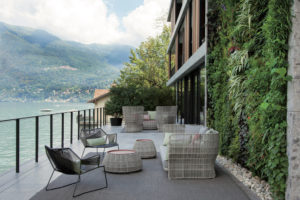 Spanish-born but a long-time Italian resident, Urquiola has worked with the likes of Achille Castiglioni and Vico Magistretti who, to some extent, influenced her design vision and philosophy. That said, she has developed a totally new elegant yet casual way of bringing people together. Her style is far from formal but also strikingly unique and innovative. Il Sereno more than fits that bill. It is powerfully contemporary contrasting to remarkable effect with the surrounding architecture yet still melding perfectly with the landscape. 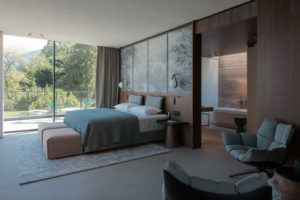 All the accommodations have huge windows overlooking the lake, drawing in its magic. There are a total of 23 Lakefront suites offering a generous 60 square metres of space as well as three 80 square metre Corner Suites, two Lake Suites with hot tubs on their terraces, and two 200 square metre Penthouses which in addition to the standard lakefront terraces also have their own garden and private pool.
There is also a charming lobby, a lakefront terrace, a spa and a fitness centre.
Il Sereno also has a large garden where guests can stroll, an 18-metre infinity pool a stone’s throw from the lake with a small beach alongside and a large private jetty where guests can moor their boats or use one of the classic Ernesto Riva-designed boats owned by the hotel. 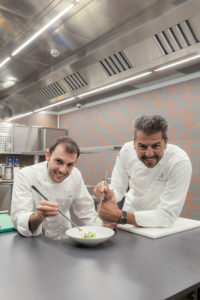 The in-house restaurant Berton Al Lago has been awarded a Michelin star and is open to outside diners. The great Andrea Berton has, in fact, just opened a restaurant in Milan and has placed his lakeside creation in the hands of Raffaele Lenzi, a talented young executive chef who does a brilliant take on Friuli cuisine.

Just a kilometre to the north is one of the most historic and charming residences on the shores of the lake, the Villa Pliniana, owned by the Ottolenghi family of Bologna but managed by the Contreras’. 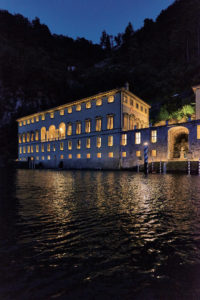 Built in one of the most inaccessible areas of the lake in 1576 by Count Anguissola, the Villa Pliniana was lauded by the poets Shelley and Lord Byron while Napoleon Bonaparte was a guest. In 1813, Rossini composed his opera Tancredi on a piano that now sits, beautifully restored and perfectly tuned, in one of the two main drawing rooms. 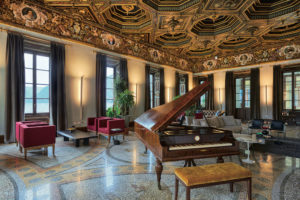 Also still very much alive is the spring mentioned by Pliny the Elder in the first century BC. It is rises, in fact, in the charming little internal courtyard and eventually flows into the lake. 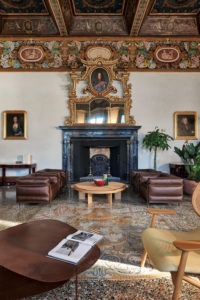 The Villa Pliniana has just emerged from something of a fraught period that involved 30 years of bureaucratic wrangling before it could be properly renovated and restored. The communal areas have all retained their ageless charm and still have their original furnishings and décor. There are also 19 luxury suites and their décor very much reflects the creative genius of Patricia Urquiola. 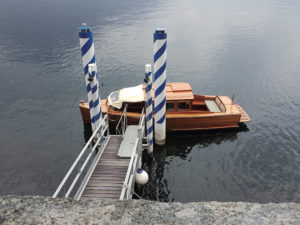 Aside from huge gardens, the Villa also offers its guests a magnificent spa with sauna, steam room and swimming pool with lakefront views, a helipad and a shuttle service aboard its gorgeous custom-built Ernesto Riva boats. 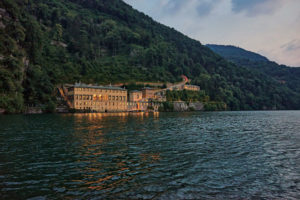 Between the main villa and three other separate villas dotted through its 18 acre gardens, Villa Pliniana accommodates up to 39 guests and is available for weekly rental. Like Il Sereno, it too is affiliated with The Leading Hotels of the World and Virtuoso.