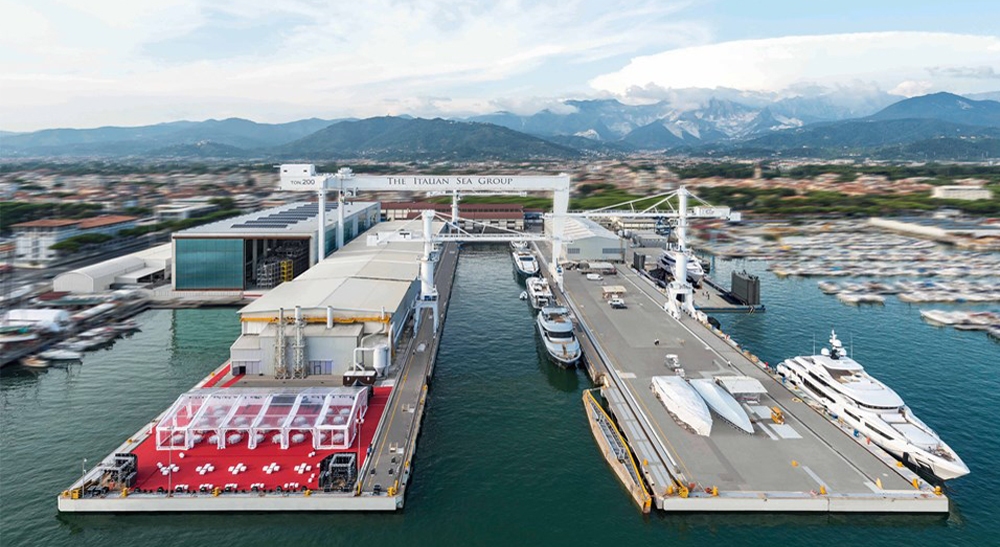 The Italian Sea Group is experiencing a very busy period with the launch of three of the four yachts scheduled in 2016 and further six yachts currently under construction, ranging from 40 to 75 meters.

The first launch of the year is scheduled on 24th March with the first E Motion 55 m hybrid yacht called “Quinta Essentia“. Quinta Essentia features an exterior design which enhances the brand’s elegance and it also revisits Admiral’s classical style with a new look.

Quinta Essentia is a hybrid propulsion yacht with a displacement hull, built in aluminum to minimize draft and weights.

The result is an extremely efficient yacht, with low fuel consumption, low noise levels and vibration under way, all of these aspects were taken into account from the earliest stages of the project. Right after the first launch, the launch of a 50 meters Admiral belonging to the C-Force series with a displacement hull, and a construction in stainless steel and aluminum has already been scheduled. The yacht, while remaining under 500 gross tons (499 GRT), provides volumes which are rarely offered on board these kind of vessels.

The yacht features six double cabins and it is ideal for a private or charter use. Confirming Impero series’ great success, the launch of the Admiral Impero 38 meter RPH will follow soon after, as the third hull to be launched by the shipyard. The yacht is completely built in aluminum, with a semi-displacement hull and it is able to reach a maximum speed of 20 knots while maintaining the autonomy features which are typical of a displacement hull. The yacht has two decks plus the raised helm position and she also boasts one of the largest sundeck in her category.

The last launch has been scheduled in September and it is a new custom build 39 meter aluminum superyacht with a semi-displacement hull, featuring two stern pods for propulsion. Both E Motion 55 Hybrid “Quinta Essentia” and C-Force 50, will make a good show of themselves at the next Monaco Yacht Show in September 2016. The Impero 38 meter RPH will be on display at the Cannes Yachting Festival, a few days before the Monaco show