About thirty participants cars; the presence of Engineer Leonardo Fioravanti, well-known designer for Pininfarina and Ferrari, author, among others, of the Ferrari F40 and the Ferrari 365 GTB / 4 “Daytona”  models; the parade of ‘four-wheeled stars’ on the panoramic Lungomare Europa. On the weekend of 16-17 June, the “1st Marina di Varazze Classic Cars Elegance Competition” took place in a welcoming atmosphere, favored by the suggestive ‘seafront’ setting, organized by the Azimut | Benetti Group’s Marina in collaboration with the specialized magazine Automobilismo d’Epoca and the Club Ruote d’Epoca Riviera dei Fiori. 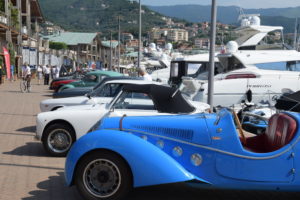 Full satisfaction of the organizers for the level and quality of the cars: a sample of vehicles built between the ’10s and the 1970s, with many examples able to represent significant moments in the history of design and its influence on various sectors of the Italian industry. 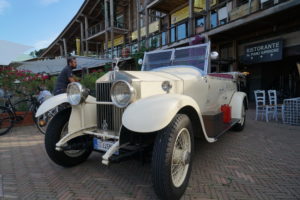 Worthy of note is the quality of the members of the Jury, chaired by the Engineer Leonardo Fioravanti. Other members: Lorenzo Beltrami, ASI (Italian Historical Automotoclub – Automotoclub Storico Italiano ) regional coordinator for Piedmont, Liguria, Val d’Aosta; Attilio Facconi, historian of the Mille Miglia, of the Tazio Nuvolari driver and of vintage cars, as well as the president of the Classic Cars Club, Riviera dei Fiori Augusto Zerbone and Giorgio Casareto, Managing Director of Marina di Varazze,

Winner of the “Best in Show” award, a 1963 Volkswagen 1200 Karmann-Ghia, an example of design that, according to the qualified Jury, was able to interpret the need of designers to give a sporty look to a concept, like that of the Beetle (at the time simply Volkswagen 1200). The lines of this particular cabriolet, tapered and aerodynamic, as well as some aesthetic-functional details, have been judged representative of a concept of the term ‘design’ that sees the style intended as ‘aesthetic form’ at the service of the whole design process.

“Waiting for the arrival of the guests driving their cars, recognizing the roar of the engines behind me and welcoming them a few moments later as they paraded to position themselves on the quayside, was a great emotion for me” declares Giorgio Casareto of Marina di Varazze. The weather conditions assisted us, the parade to Cogoleto was really pleasant, the organization appreciated, as well as – needless to say – the presence of a master like Leonardo Fioravanti. We have already defined the dates of the next edition to be held on 8 and 9 June 2019. 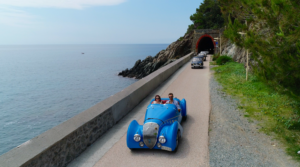 Among the criteria considered for the “Best in Show” category: the elegance of the vehicle, the state of conservation or restoration of each part, the conformity to the original and the harmony of the stylistic and chromatic combinations, as well as possible accessories, historical representativeness  also in terms of design.

Among the ‘engine queens’, to name just a few, the Marina di Varazze had the pleasure of welcoming a 1962 Fiat 2300 S from Ravenna, a 4-seater Coupé produced from 1961. A tribute to the 70th anniversary of the Stuttgart company was undoubtedly represented by the Porsche 356 Speedster.

And again: a Mercedes-Benz 300 SL Gullwing, not only remarkable for its unmistakable line, but also for the technical solutions adopted.

Remarkable is the state of conservation of a 1964 Lancia Flavia Coupé and a 1949 SIATA Amica born from the same ‘family’. The Renault Dauphine Gordini dated 1958, the evolution of the Renault 4CV. Another tribute, this time in honor of the engineer Fioravanti, the Ferrari 365 GT4 2 + 2, which line he designed represented a turning point for the design of Ferrari and of the same Pininfarina, in addition to the technical challenge of the front engine on a GT of very high performance and was later taken up by the series 400 and 412. And finally, a Peugeot Darl’Mat of 1937, which fine restoration has engaged the owners in over ten years of research and work, beautiful example of the “flamboyant” style very popular in France (and not only) in the thirties of the last century. 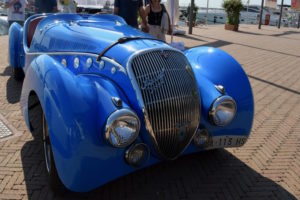