Well before he ever become a yacht designer, Matteo Picchio was a yachtsman, a sailor. 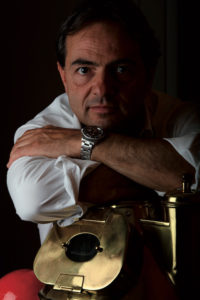 A graduate from the Politecnico di Milano’s Department of Architecture, he has always loved boats for what they represent, for their history and their allure, regardless of their monetary value. Today, he is also a hugely successful architect and designer who can well afford pricey yachts but his heart still belongs to Raireva, a 1972 ocean-going ketch designed by the great Carlo Sciarrelli that he gradually restored in his student days,  a process that ultimately became the focus of his degree thesis. Picchio’s attachment to the yacht is so strong that he uses it as his Genoa home. “I live aboard three or four days a week,” he says, “and I couldn’t even imagine cheating on her with an apartment or a hotel. Of course, I have a thing about boats. I don’t exactly collect them but almost. I have a very strong emotional relationship with them. It all started with the 12’ Dinghy my grandfather bought for my dad, and then continued with Raireva which is why I prefer refitting classic craft to designing new ones from scratch. I also did an Atlantic crossing aboard the Amerigo Vespucci (an Italian naval training vessel, ed.’s note)”. This was the cherry on the cake of a career spent surrounded by glorious but more mature craft. Picchio’s studio is also one of the few remaining outfits in Italy still dealing with this particular design strand. 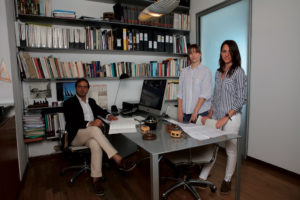 Picchio has is headquartered in Milan where he works with a staff of four but he also has bases in Genoa and New York because most of his clients are Italian or American.
His most famous projects are all linked to stunningly beautiful classic and vintage yachts, from the celebrated 1962 tug Maria Teresa to the 1967 Riva Caravelle C5, designed by the eponymous Sarnico yard but built in Holland by De Vries. Another is the seductive Sea Home, a displacement yacht designed and built by Swede Hugo Shubert in 1919 but meticulously pared back to her original glory.  All three of these craft were refit at the Cantieri Navali di Sestri. Peri, however, is a 30-metre refit some time ago by the Cantieri Amico & Co in Genoa. 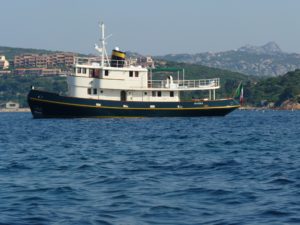 “Oftentimes designing means taking away, eliminating anything that doesn’t have a purpose or that isn’t in line with the design,” continues Picchio.  “It’s a principle is often difficult to get clients to understand. Our work has changed a lot in recent decades. Knowing how to design is not enough anymore. Computers can do that for us now and we have to make a huge effort to understand what our clients’ real wishes are”. Picchio doesn’t say it but the next step after this is to guide said clients down the right path by convincing them to go for restorations that preserve the boat’s soul or, in the case of new builds, go without fussy details in favour of more elegant lines. “Anyone that comes to me has already made an important choice,” explains the designer, “because people usually choose a designer whose work they like but the empathy I manage to build up with my clients is clear from the end result. In fact, most of the clients I’ve done my best work for have become friends”.

One of the few boats Picchio has designed from scratch is the MP100, a 30-metre sailing yacht designed specifically to keep production costs low (see TYD 06) and which we will probably be hearing a lot more about in coming months. 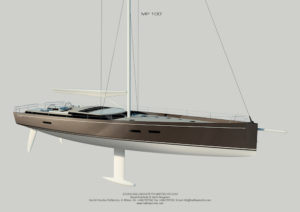 Matteo Picchio, however, doesn’t confine his activities solely to the nautical, he designs apartments, lofts and houses. Anything he finds interesting, in other words.

“I love boats but I have to be honest: designing houses is more fun because there are fewer restrictions in terms of form and function than with a hull. You really get to give full vent to your creativity in residential work whereas with nautical projects, the designer’s work is hobbled a bit by technical requirements and forms. Or maybe I just prefer residential because I love boats so much that getting involved with them is always a huge emotional effort.” 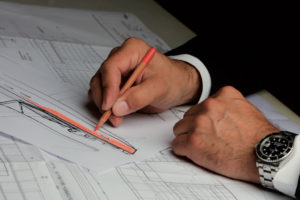 But there’s no denying that boats are very much part of Picchio’s DNA. So much so that in many of his residential designs, there are borrowings from the nautical world.  Because Picchio just couldn’t tolerate a space without a subtle whiff of the sea.