Preparations are underway for the official presentation of the new Otam Millennium 80 HT M/Y Mystere to be held during the next Cannes Yachting Festival 2017 (12-17 September). 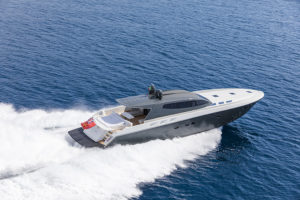 The fourth unit of the Millennium Line’s featured model is a perfect blend of performance with a high level of customization and living space. Made in Italy elegance and high performance can be successfully combined at OTAM Shipyard. 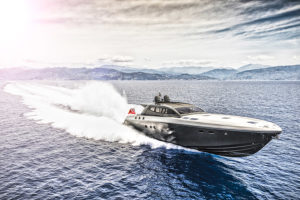 The biggest difference from her predecessor 80HT M/Y MR. BROWN, presented at the 2015 Cannes Yachting Festival, is found in the expert owner’s decision to install the twin rather than the quadruple propulsion system. 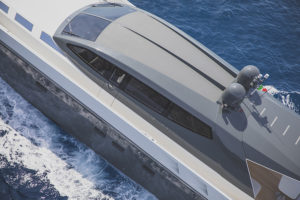 This decision allowed the Italian yard to create an even more airy interior, with a truly double owner’s suite. These two suites are notable for their highly ergonomic solutions, thanks to the complete elimination of steps which guarantees extreme ease of movement. This was a specific request of the owner who was looking for a layout that fulfilled his personal manner of life at sea. Along the same lines, he also requested another VIP cabin, a separate galley and separate access to the crew quarters at the bow. 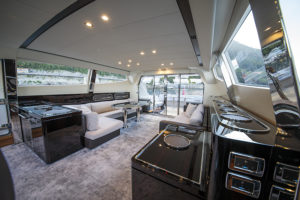 Design of the furnishings, with the use of lacquered ebony with chrome steel inserts, natural teak, and carpeting in silk and cashmere, evidence chromatic contrasts and create a fascinating and welcoming atmosphere that further emphasize the spaciousness of the interiors. 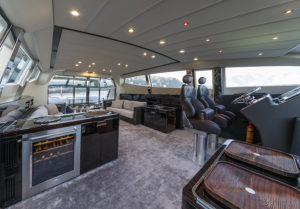 As we just mentioned, the new OTAM Millennium 80 HT M/Y MYSTERE is equipped with twin TU M94 engines that develop 2600hp at 2450rpm and Arneson drive15 A 1 L transmissions that have proven their ability to drive the yacht at speeds over 48 knots during her first sea trails. 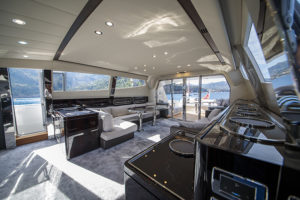 The deep-V hull shape provides an easy and smooth passage for those on board, even in rough seas, and give her a cruising speed of 41 knots at 2,150rpm in complete safety. 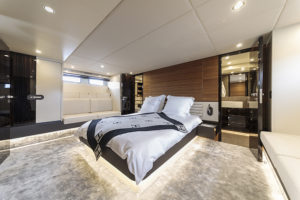 Evidencing a true Made-In-Italy artisan build, the yard has also placed great emphasis on sound-proofing, with double thickness insulation around the engine room and the two owner’s suites. With excellent results: with the generator running, and AC at 80% load, the sound level was only 44db in the owner’s cabin and main deck salon.