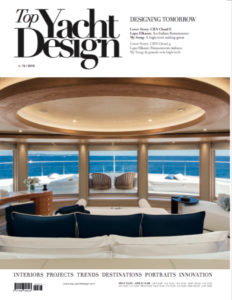 We sometimes lose sight of just how hot Italy is internationally. But you only have to venture beyond our national borders to be reassured. According to MiBACT (the Italian Ministry of Cultural Heritage and Activities and Tourism), the number if tourists that visited Italy in 2017 increased by six per cent on the previous yeat. This is a major boost for Italy’s GDP as tourism accounts for 11 per cent of its total. The outlook for the future seems equally positive. The World Tourism Organisation, UNWTO, estimates a 4/5 per cent increase worldwide in 2018, bringing more good news for the Bel Paese.  This passion for all things Italian also extends to other areas, yachts included, which brings me to the enormous added value of a sector that draws together the very best Italy has to offer in a unique product.  We saw that at first hand during Design Week when the La Triennale building in Milan played host to the Azimut S7 which, at 21 metres, is probably the largest yacht ever to berth in the city. 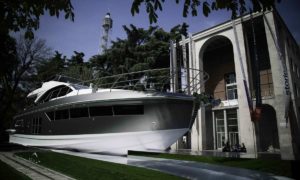 A strong signal that the term “design” has become a bridge between very different worlds.  Sanlorenzo has been something of a trendsetter in that regard, presenting the SL 100 in 2009 which had interiors by Dordoni Architetti and then subsequently calling in other big design and architecture names of the likes of Piero Lissoni who worked on the SX 88. Others went still further. 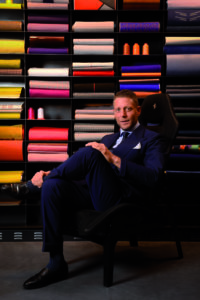 Lapo Elkann is a case in point and has now given a new lease of life to Mario Bacciocchi fabulous 1950s Agip service station with the help of architect Michele De Lucchi. Elkann sees Garage Italia not as a tribute to the past but a future-focused laboratory of ideas designed to bring creative car, yacht and private jet projects to fruition.  A new movement the entrepreneur has tellingly dubbed Dolce Vita 4.0.