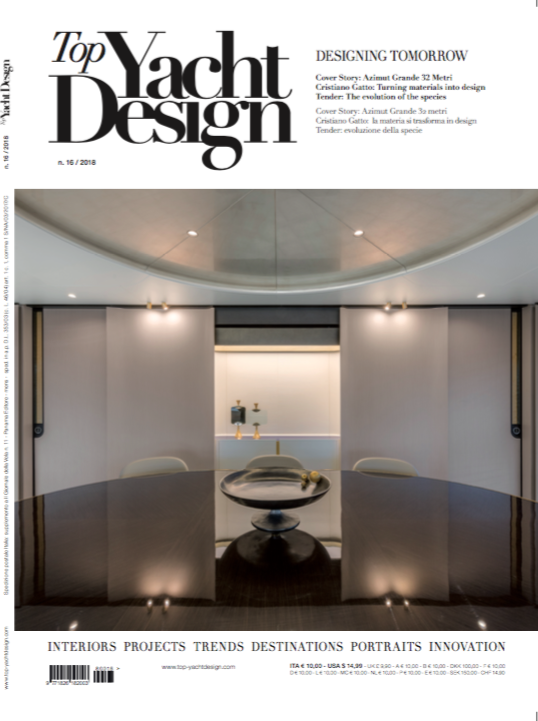 The nautical sector has been enjoying a full-on creative Renaissance of late. The arrival of foils put the cat firmly among the pigeons. Not only because it changed the face of the America’s Cup, but also because it is opening a whole new chapter in the history of sailing in the broadest sense of the word. Artemis Technologies was founded as a result of the eponymous Swedish team’s involvement in the last two editions of the America’s Cup, in fact. It is a research lab of sorts that has already produced the ASV or Autonomous Sailing Vessel, a 45-metre multihull that sports not only twin wingsails but also a foil-hydrogenerator-electric motor combination that unleashes a top speed of 50 knots. But what at first sight might look like a futuristic space ship has its roots firmly in reality. The involvement of Mark Gillan, formerly vehicle performance director for Red Bull Racing, head of aerodynamics at Toyota and chief operations engineer at the Williams F1 team, says it all. Recently, Top Yacht Design was media partner to “The Future of the America’s Cup – From Foils to Sustainability of the Seas” conference which addressed the AC75, the monohull that will be used to compete in the 36thAmerica’s Cup. It’s too early to say for sure but we bet that the arrival of this blisteringly fast craft will open up new avenues in design and materials that will soon be obvious on the pleasure craft market. In fact, right now, the latter is in the grips of the chase boat phenomenon, the craft originally used to transport sails and crew in the America’s Cup but now increasingly focused on the needs of megayacht owners. A whole new species in which design and creativity play a fundamental role in opening new ways of living the sea.