After its sale last May,  Otam revealed the design of the new  85GTS. This is a One Off designed specifically by Joseph Dirand for a client that fell in love with the Otam 80 at last year’s Cannes Show but wanted a slightly less aggressive take. That means that the gullwing apertures have vanished but the sleekly sporty lines and blistering performance figures that are the marque’s signature remain. 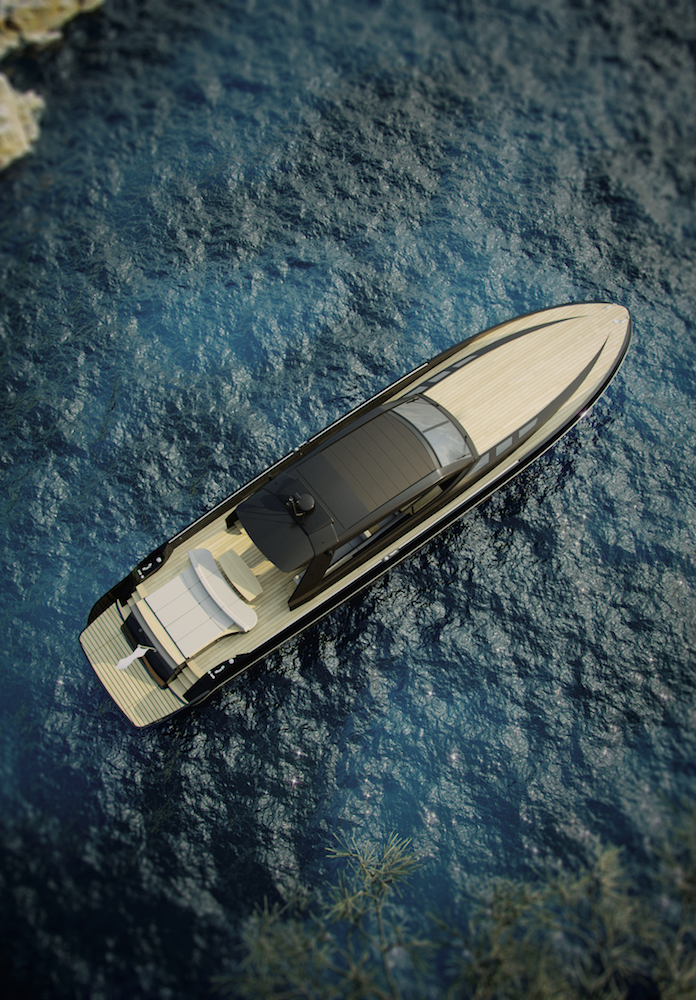 As this craft is intended to be a day boat for the owner to use privately in summer, the Otam 85GTS has just two quite enormous cabins and lots of al fresco lounging space. Aside from the full-beam master amidships, there is also a nice VIP in the bow. 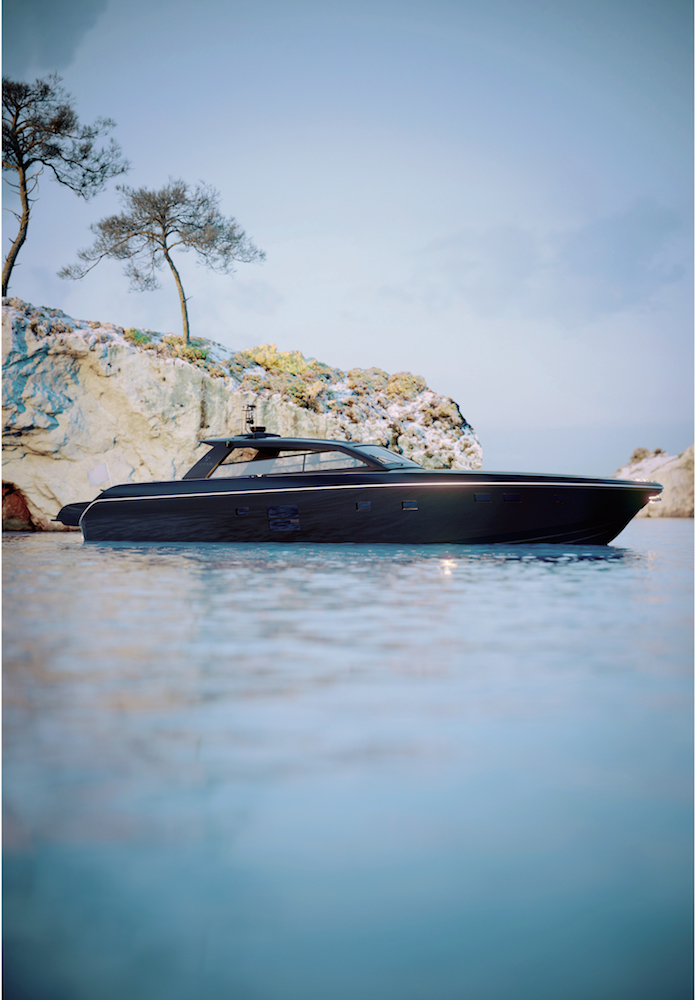 The Otam 85GTS delivers a maximum speed of 45 knots and a cruising one of 38. Delivery has been pencilled in for June 2019.