Paolo Pininfarina is man with no doubt whatsoever about what constitutes design which he describes with admirable clarity and succinctness as “the search for an aesthetically –pleasing solution to functional problems”. That approach has guided his family’s company’s path over the last 85 years as it has grown into a genuine icon in the world of car design and well beyond. The Pininfarina success story was born of an innate ability to meld creativity and innovation in one brilliant package. 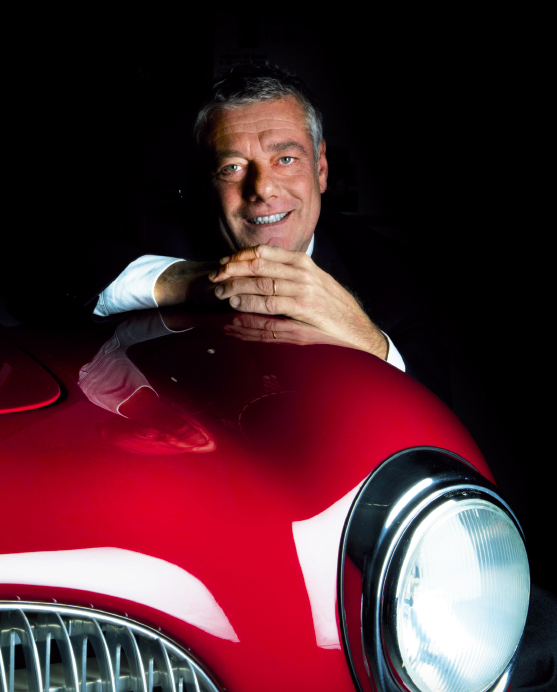 Creativity and innovation are, after all, two sides of the same creative coin that produced automotive masterpieces of the likes of the Cisitalia 202, the Dino Ferrari and the Ferrari FF which Paolo Pininfarina himself cites as the touchstones for three different eras. “The Cisitalia 202, designed by my grandfather Battista ‘Pinin’ Farina, debuted certain very strong styling elements on the car scene that produced a future-forward design absolutely revolutionary for the time (1947, ed.’s note),” he told us, adding: “’My silver fish’, as my father Sergio liked to call the Dino was a revolutionary car because it was the first mid-engined Ferrari. Once again, he was striving for a design that exuded a powerful personality combined with highly innovative technical content.” He pauses and then continues: “Lastly, we had the FF, a project I was deeply involved with on a personal level and which I feel was at the leading-edge in terms of both its styling and design”. Balance and harmony of forms, elegance, dynamism and innovation are all Pininfarina signatures and an integral part of every single design it has developed in its long and illustrious career, which included more than one foray into the world of boat design.

It is hardly surprising the company has now made an impression on the yachting scene with an 85-metre concept developed Fincantieri. “As far back as the 1970s, we collaborated privately on the design of a large yacht for a very important owner,” says Pininfarina. “We followed that up with a very successful experience with Destriero (winner of the Blue Riband, ed.’s note) which saw us collaborating with Fincantieri and getting even closer to that world. We later deepened knowledge still further through further experiences with yards of the likes of Azimut, Ferretti, Bénéteau and Primatist”. Now that path continues with the Ottantacinque project in which Pininfarina joins forces with Fincantieri, to showcase the core values of the Made in Italy philosophy.

The megayacht is a modern retelling of the explorer vessel clothed in striking exterior lines. “In this case, innovation prevails over tradition,” explains Pininfarina. “You have to see the decision to move the volumes forward without compromising the fluid dynamism of the overall exterior design, in that context”. The aft section is thus the central focus of life al fresco and communal activities aboard. Another distinctive feature about the Ottatacinque is that her twin swimming pools can be filled oremptied at will: when they’re empty, they can extend the total useable surface area to 160 square metres, in fact. Additionally, the owner has an entire deck all of his own just above the main deck with a suite in the bow section with veranda and panoramic views. Aft, there’s an exterior area with a small pool also. T

hen there are several other details, not least the design of the windows and the taut lines and aerodynamic side profile, that bring to mind a automotive influenced stylistic language. Just like a supercar, the Ottantacinque is very much a moving sculpture. “A perfect synthesis of functionality and aesthetics,” concludes Paolo Pininfarina. “The design of a car or a boat should never be decorative. It has to focus on simplicity, which is not a reductive term but a synonym for character and personality”. The Pininfarina recipe for creating unique objects of desire, absolutely immune from the kind of fleeting trendiness that all too often disappears in a puff of fashion-conscious smoke within a year or two.