Faper Group, the holding company founded by Fabio Perini, signed a partnership agreement today with Fenix Srl, a family company led by Dino Tabacchi and represented in this operation by his son Edoardo Tabacchi.
Further to meetings between the entrepreneurs who share the same vision and values, the operation represents a capital injection of €27 million, respective shareholdings of 50.01% for the Faper Group and 49.99% for Fenix srl. 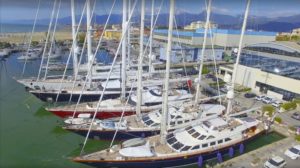 This operation is the crowning achievement of the strategic restructuring that Perini Navi has undertaken over the last two years including a profound reorganisation, which permits the company to be agile in the launch of new models and important innovations.
The company is now well placed to invest in maintaining its position as a world leader in terms of technology which is Perini Navi’s DNA since inception. 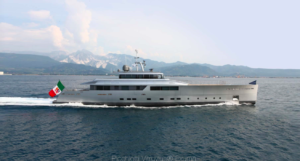 For more than 30 years, Perini Navi has been recognised globally for leading edge innovation and design of superyachts.  Beginning in the 1980s, with the first large sailing yachts with automated sail control systems, through the 1990s introducing large flybridges offering extreme comfort, not unlike motor yachts of that era.  Subsequently, the launch of The Maltese Falcon (88m), with her three masts, recognised the world over for her futuristic rig and 2,400 msq sail area that is controlled with one simple command, up to and including the most recent launch, the sleek and exquisitely finished 70m S/Y Sybaris. 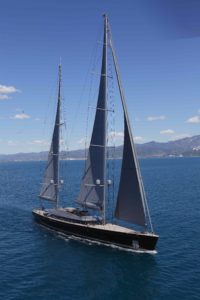 In recent years, with the brand Picchiotti, the company has also been extremely innovative in the world of motor yachts including the build of the award winning yachts M/Y Exuma, 50m; M/Y Galileo G, 55m and M/Y Grace E, 73m.  A range of yachts with unparalleled autonomy, low consumption, sleek lines – the essence of which has created the new generation of modern explorers.  Furthermore, a few short weeks ago the company announced the signing of two important Picchiotti contracts.

“This operation,” commented Fabio Boschi, CEO of Faper Group, “is an example of the immense value of Italian excellence.  We have worked intensely to renew the company and adapt it to the changing demands of the market.  We are proud to see that this effort has been recognised by one of the most important families of Italian entrepreneurs.  We are also enthusiastic about the involvement of Lamberto Tacoli, entrusted by Edoardo Tabacchi to lead the company, who will contribute his experience and business acumen to Perini Navi and Picchiotti.” 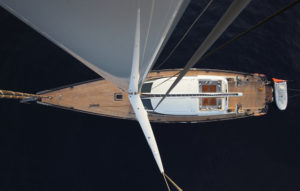 Edoardo Tabacchi commented: “It is an honour for me and my family to enter into the world of yachting with the most recognised company in the sector. Meeting Fabio Perini, whom I have no doubt is the most important inventor in the nautical sector, was the beginning of an extraordinary adventure which am sure will endure well into the future.”

“I’ve known the Tabacchi family for a long time and hold them in high regard,” declared Fabio Perini, Founder of Perini Navi. “I am extremely happy to share with Edoardo the future of Perini Navi, who is perfectly aligned with the company’s values and DNA.” 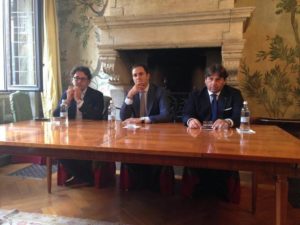 Fabio Perini remains as Honourary President, Lamberto Tacoli becomes Chairman and CEO, Fabio Boschi and Edoardo Tabacchi have been appointed as Vice Presidents. In addition, two other members will be appointed to the Board of Directors.