Italian shipyard Rossinavi is pleased to announce the design and sale of a new 70 metre motor yacht, King Shark, able to navigate in extreme ice conditions, including the Arctic. While there have been other motor yachts introduced to the market with ice exploration capabilities, King Shark’s point of difference is that it has been developed with an emphasis on yachting lifestyle, able to move from the warm waters of the Caribbean to the sub-zero conditions of Antarctica. The harmonious design features of the yacht see as much emphasis on the aesthetics as the technical abilities of the boat. 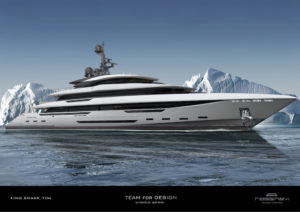 It is highly unusual for boats in this category to have an elegant interior and exterior appearance, favouring only functionality. With this in mind, King Shark is positioned advantageously. Clients can explore unusual and exciting natural environments, such as the Arctic Circle, without sacrificing sophisticated design or comfort. In addition, King Shark also features electric propulsion.

Designed inside and out by Enrico Gobbi Team for Design, the 70-metre King Shark has been designed to cruise to Arctic and Antarctic waters, as well as traditional cruising grounds. At a cruising speed of 12 knots, the yacht will have a range of 6,000 nautical miles and she will also be able to run under electric power. Naval architecture is by Arrabito Naval Architects and the yacht will be certified under Rina and Lloyd’s. 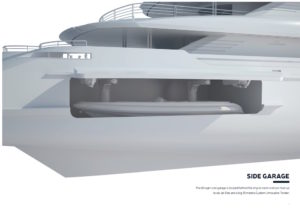 The wheelhouse, with distinctive forward-raking windows, is high up, a deck above the dedicated owner’s deck. The owner benefits from a cinema lounge aft and an inside/outside dining area surrounded by a half-moon of windows. There is a further cinema lounge on the main deck, and room for 12 guests and 17 crew. 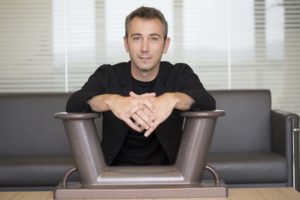 When asked about the project, Rossinavi COO Federico Rossi commented: “after the Vector project with a length of 63M, we are very satisfied to be chosen again for this mega yacht construction and especially in this ice classification.” King Shark will be registered under Rina and Lloyd naval registry.

Amongst the yacht’s key amenities will be a private owner’s deck, complete with a Jacuzzi, a spa pool located aft of the main deck as well as a wellness area with a massage room, hammam and superyacht gym.