At the end of 2014, Rossinavi announced the signing of the contract for what was then known simply as “hull 031”. 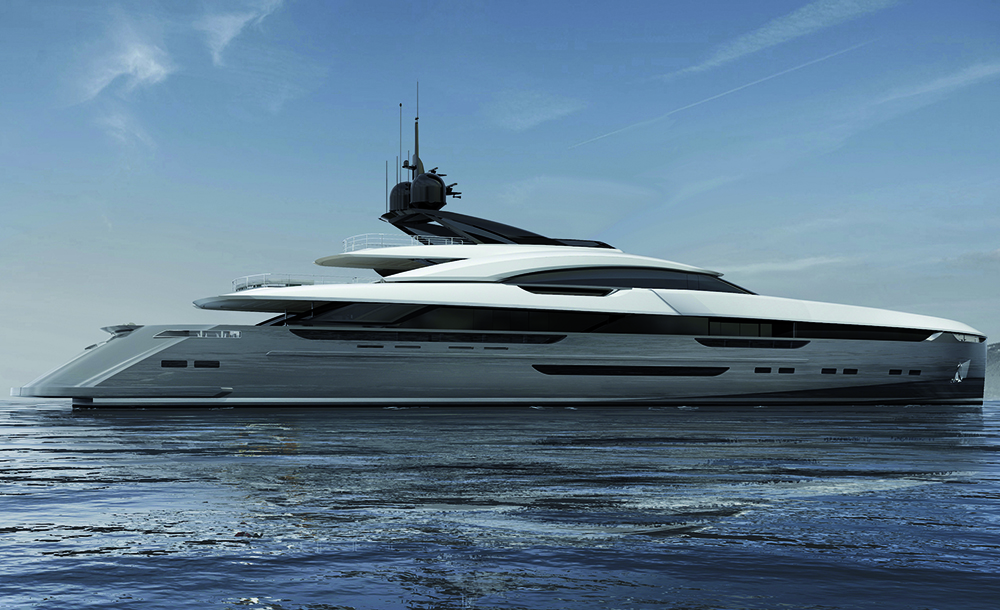 At the end of May, the Viareggio yard and American owner made the decision to publish some profile shots, technical specifications and the yacht’s name, Vector. With naval architecture by Arrabito Naval Architects, Vector is the perfect marriage of a traditional tri-deck and a speedboat. It has all the space and comfort of the former and the blistering performance of the latter. 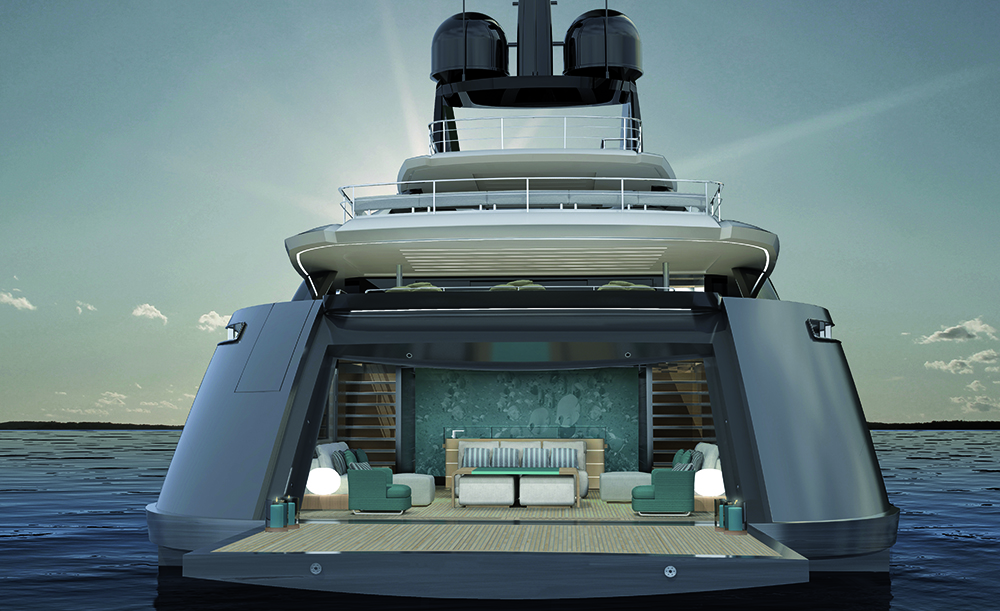 Built from aluminium, Vector will be powered by four MTUs coupled with Kamewa waterjets, giving an ocean-going range at her 14-knot cruising speed. Her Team for Design by Enrico Gobbi interiors (who pens also the exterior design) remain a closely-guarded secret, however. All we know so far is that Vector will have accommodations for 12 guests and 13 crew. She’ll also comply with the ultra-strict Rina Green Plus class notation, making her sustainable as well as stunning.