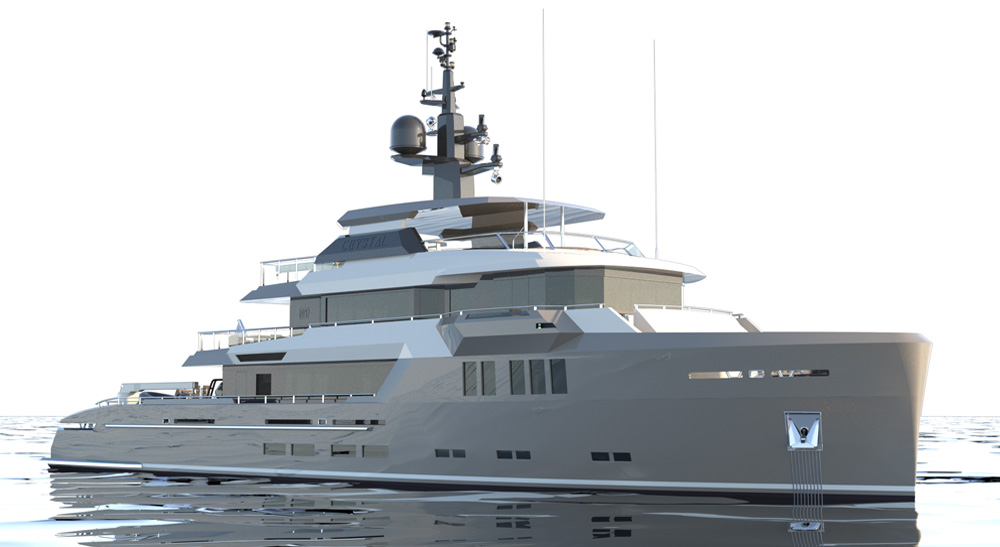 A timeless design for a yacht confident enough to tackle all kinds of seas as well as guaranteeing sumptuous comfort to both guests and crew in chilly Polar waters and the balmy Tropics like.

That was the brief Kroes & Poortinga used as a starting point for their design for the new  Royal Denship 137’ Expedition which went in build at the end of last December. The 42-metre is clothed in retro military lines and, according to the designers, is a perfect example of form following function.

The four-decker puts the owner’s suite on the foredeck in addition to three two-berth guest cabins and four for the crew. The new 137’ will have a 4,000-mile range at 11 knots but can hit 14. Guests will have seven 7-metre inflatables and a 4.5-metre tender at their disposal too.