May 11 2017 was a historic date for the car world in general and Porsche in particular. On that day, in fact, the millionth Porsche 911 left the Zuffenhausen factory. A major milestone that crowned the enduring career of a car that is very much a design icon. While there is no doubt that the Porsche 911’s styling has been tweaked since it was first launched on the market in 1963, it still has the lines that made it so famous. The car was the brainchild of Professor Ferdinand Alexander Porsche who, in a hugely farsighted move in 1972, also founded the Porsche Design Studio. 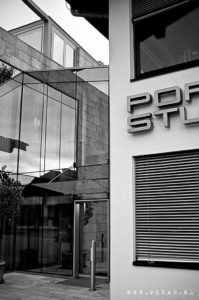 In the intervening four decades, this creative laboratory and hub has produced an incredibly wide array of designs ranging from watches to architecture and boats. “The principle of the way we work is always the same: we have a design attitude which was created by our founder, Mr Porsche,” explained Studio F.A. Porsche CEO Roland Heiler. “We try to create things that have an equal relationship between functionality and shape.”

An approach in which discipline and design rigor meet and meld with creative genius to produce dazzling and diverse products bearing the inimitable stamp of the studio based in Zell am See in Austria. A case in point is the Dynamiq GTT 115. Unveiled to the world at the last Monaco Yacht Show, this 35-metre megayacht is a vivid embodiment of leading-edge technology, most notably its hybrid propulsion system, and that aforementioned signature design. But this is not the Studio F.A. Porsche’s first foray into the nautical world. It hit the headlines back in 1987 with the Porsche Kineo, an 8.5-metre open clothed in strikingly futuristic lines. Technical content and styling aside, however, it also marked the very first time the car design and yachting worlds collided and crossed over. 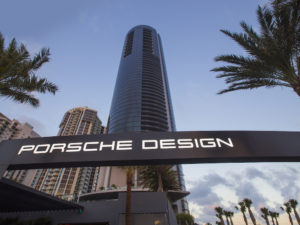 “There is a close relationship between a boat as a vehicle and a car as a vehicle,” continues Heiler. “There are surfaces on the exterior that have similar curvature or similar emotions and shapes to what you find on cars. So you can translate some of the form language from a car to a boat but you have to do it in a very careful way because just taking the car elements and moving them onto a boat doesn’t work. That’s why I like to say that it’s not so much the form language we translate from one product to another, it’s the philosophy. It’s the way we attack the product, the way we starting thinking about how things work, what would be a logical way of designing this and that, and also what the best solution for the user is at the end of the day.” 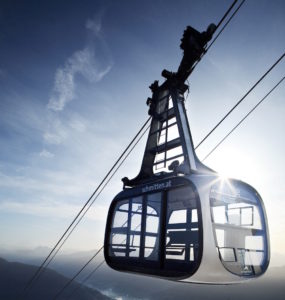 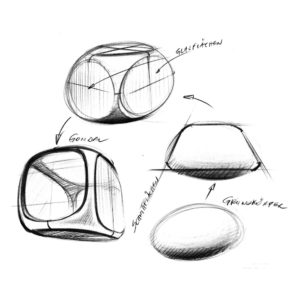 In this particular instance, boats and cars have plenty in common, starting with the emotional component that is all part and parcel of design. The Dynamiq GTT 115 has cherrypicked certain eye-catching elements from the Porsche Design world. “When it comes to the exterior there are a few elements where you can see the spirit of the car design elements. For example, the overall shape with the front that is kind of a very, very soft nose,” says Heiler. “There are also some large opening shapes on the side which remind you of air intakes on some of our more extreme cars like the Carrera GT or 918 Spider.” 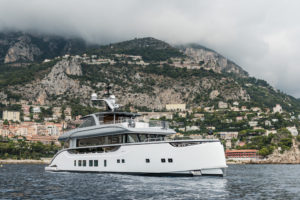 The flying bridge also subtly references the Targa bar and it is this understated approach that makes the GTT 115’s design so successful. “We try to do it in a way that is not obvious,” adds Heiler. 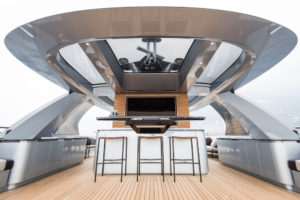 “There is a tendency to translate the car directly into the boat but that’s exactly what you shouldn’t be doing.” This is where the term ‘design’ takes on a central role. Heiler has no doubt about what it means. “My vision of design is pretty much that of our company which is that design is never only shape. Design is not just the aesthetics of a product but about creating the entire product,” he says. “Styling is not our thing. Because styling is a superficial approach.” 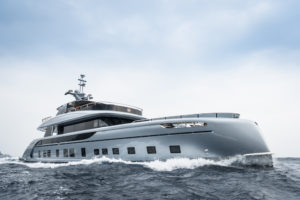 This definition of design extends its scope spectacularly. Aside from a constant interplay between form and function, design thus also embraces all the various phases of the creation of a product. The combination of all these elements in effect results in products which become genuine icons absolutely immune to the passing of time. The Porsche 911 is, of course, the example par excellence. So what is the secret? “It is a mixture of several different influences.

One is tradition. We shouldn’t forget that the very, very early cars were done by body engineers – the profession of designer wasn’t even there – so there is a certain clean, pure approach with an engineering mind to those very early cars. This was when the DNA was created. Today with this entirely different landscape with car designers and designers involved, it is always important to look back to see where we came from,” Heiler says. “I like to say you need to do as little design as possible because the moment you start styling something too much – that’s when you become fashionable and lose the timelessness. This has always been a principle not just from the time I was working in the car business but also what we do now: boats, watches, all the other products.” We couldn’t have said it better ourselves.