Owners, partners, friends and employees were greeted at the beginning of July in Finland to the stunning backdrop of Nautor’s Swan Yard to celebrate the 50th anniversary of the company.
Over 600 people attended the event and enjoyed the show staged in the centre of the yard, with moments that were both intensely emotional and entertaining.   Past and future entwined by a single thread: quality, passion and reliability are the unmistakeable values of Swan, and have achieved worldwide recognition. 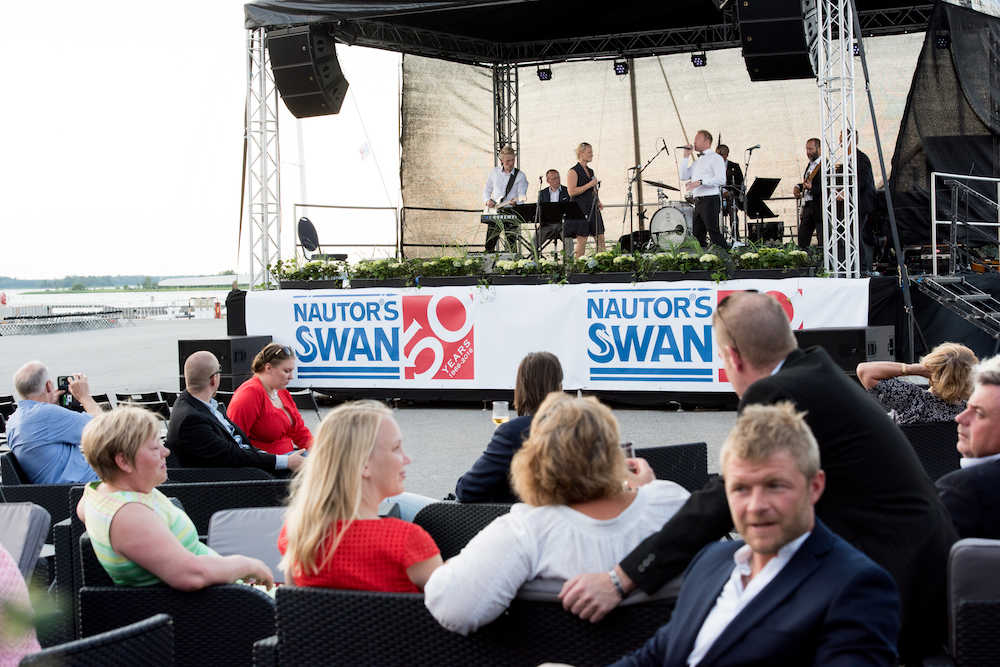 The past found new life through the refit of the first Swan dating back to 1966 when Pekka Koskenkylä founded Nautor’s and built the Swan 36 Tarantella out of glass fibre, which was then an innovative material. The first Swan was destined to be second to none. And the same hands that built the boat 50 years ago, then have now operated voluntarily a masterful refit, so that the boat can provide the same emotions that contributed to the myth that is Swan today.

The celebration was also an opportunity to look forward to the many novelties that Nautor’s Swan has in store. An exciting unveiling saw the first public appearance of the new ClubSwan 50. This is not only the symbol of the 50 years of Nautor’s Swan. it defines very precisely the yard’s penchant for innovative, exclusive and highly performing projects, capable of paving the way for both the brand and the market 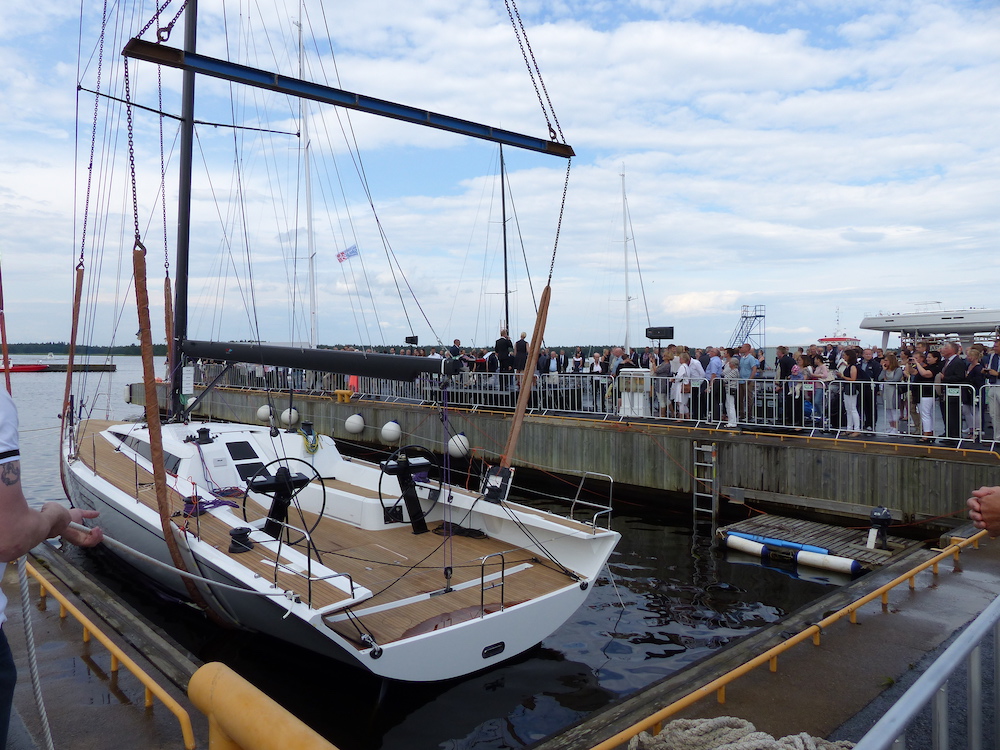 Swan special thanks go to North Sails who donated a new gennaker that will fly at the coming regattas which will see Tarantella racing again: the Oras Swan Turku 50th anniversary Regatta and the Rolex Swan Cup that will be held in Porto Cervo from September 12th to September 18th.
It was certainly a day of emotions, symbols of which were the medals awarded to those employees with more than 40 years of service
Leonardo Ferragamo spoke with clear determination: “This anniversary is the perfect moment to look at our future taking inspiration from our glorious heritage and its core values, that are still fundamental to our company: heritage, craftsmanship, excellence and expertise.

There is one common factor that ties Tarantella and the new ClubSwan 50 together and that is the values of the people who have built them.  The original craftsmen who have restored Tarantella and the team who has produced the miracle that is the ClubSwan 50. Everybody who has taken part in these achievements need a big round of applause. Something that has struck me so powerfully was the restoration of Tarantella by the people who produced her 50 years ago.  They came forward voluntarily this year, and asked to restore her to her original beauty.  This is something amazing and tells you so much of the spirit, the passion, the skills that we have in our company. These people mean a lot to us and they give a great leading example to the new generation. This is why myself and everybody working with me, are so attached to this special place, where we enjoy these kind of values, where we enjoy these skills, where we enjoy a great respect and cooperation from the local authorities who are keen for our business to succeed”.