Sed Symmetry is an absolutely innovative concept from Sander Sinot and his Sinot Exclusive Yacht Design. Her beautifully balanced design spaces and design make her a showcase for what the future holds and transcend the confines of traditional yacht design. In fact, Sander Sinot is vocal about using symmetry as a way of transforming traditional yacht design: “The yacht’s layout was created symmetrically, starting from the centre rather than using the traditional linear development. The functions on the decks are organised around the central space with intuitive logic too.” Thanks to this, the 180-metre Symmetry will not only span six decks and a 29-metre beam but have spectacular interior volumes and 1,000 square metres of open deck space. 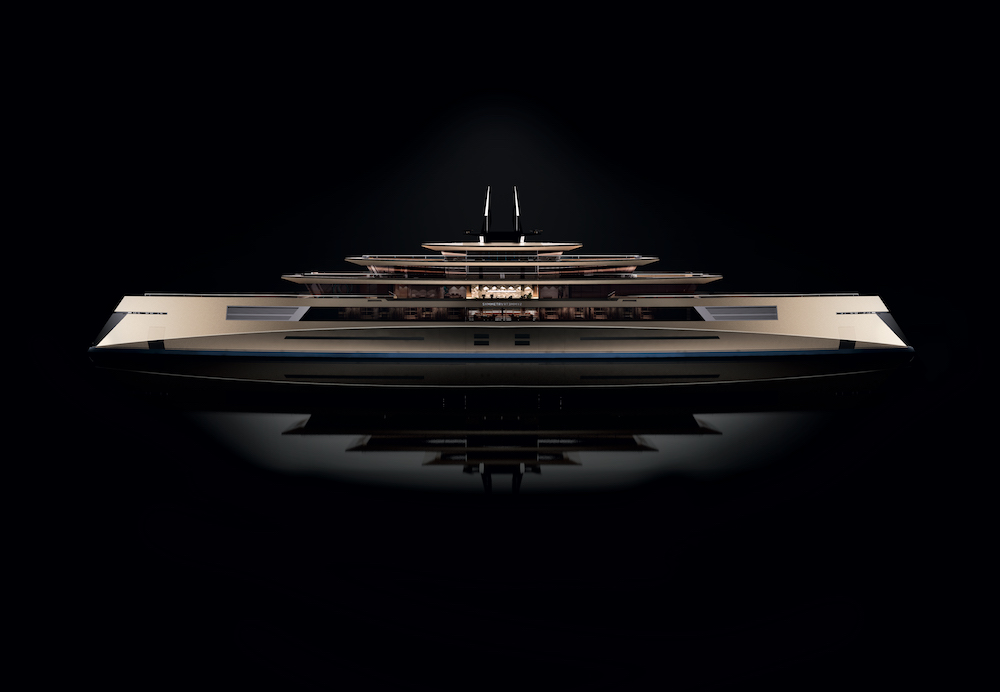