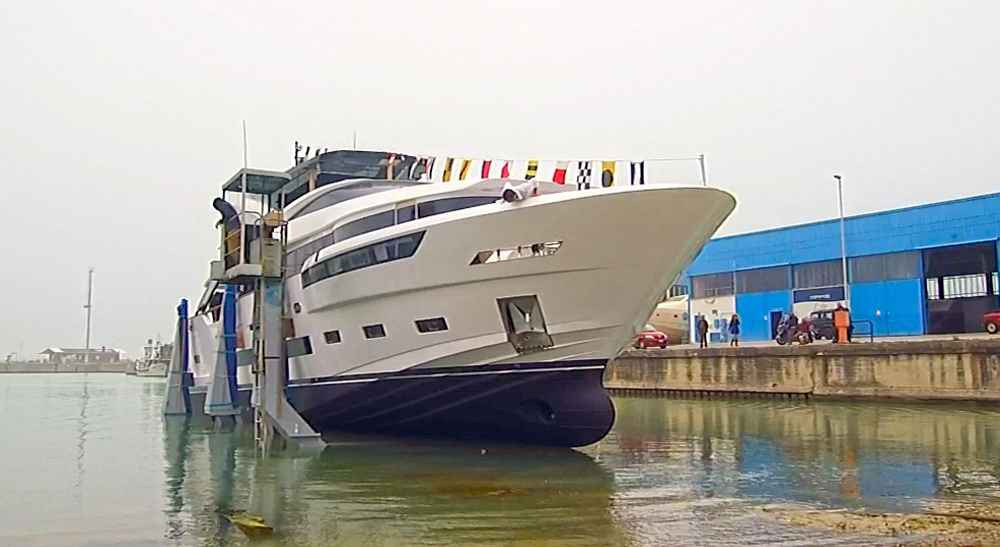 The yacht launched in Fano marks a further step in the philosophy behind the Dreamline Yachts, which as a main priority has security and experience of total comfort during navigation and at the anchor.

There are many advanced technical features introduced by the yard for the third Dreamline 26, such as lithium battery pack which allows to aliment all the yacht facilities for 8 hours, including the air conditioning, with no need to turn the generators on, the possibility of using dock power at 220 or 380 V, then, the new ways to improve the sound and thermo insulation as well as lowering even more the level of vibration. The new yacht is built in compliance with RINA Green Class and RINA Comfort Class requirements.

These improvements will emphasize the quality delivered by Dreamline Yachts since the very first unit. The excellent seaworthiness of the hull designed by Giuseppe Arrabito, which provides the hydrodynamic efficiency, stability and comfort, remains unchanged. The interior and exterior design by T4 Design – Enrico Gobbi, is adapted and implemented by the technical department of the Dreamline Yachts for engineering and systems. The Dreamline 26M hull n.3 will be finally delivered to its owner in the next few weeks and then tackle the summer season in the Mediterranean.