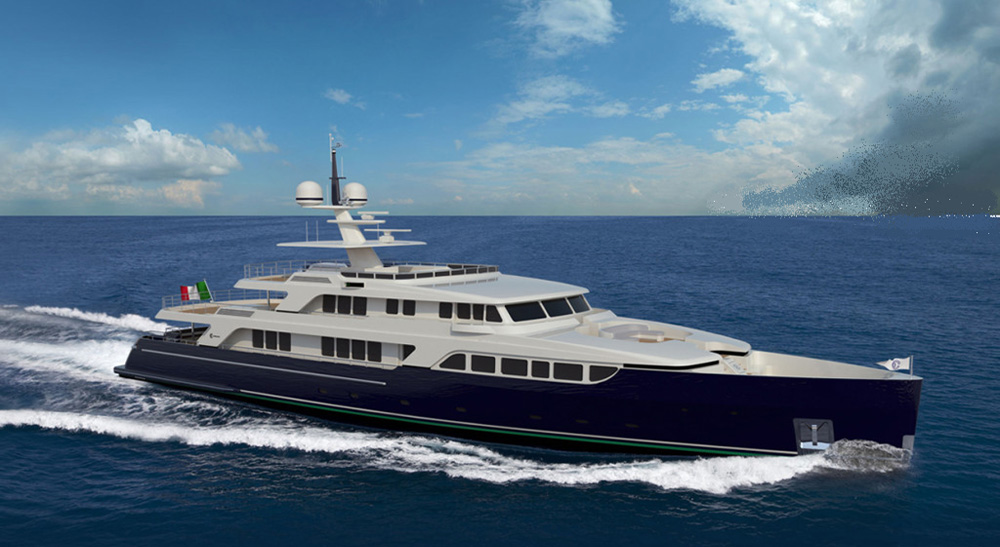 Before the summer it is planned the launch of the new Codecasa 43 Full Beam – Vintage Series, the F76 Construction, whose project has been developed from the platform of 42 – Vintage Series, which can be considered the natural evolution.

The yacht is currently in an advanced construction at the Viareggio shipyard. The interior has designed by Tommaso Spadolini, who, assisted by the technical staff of the yard, has developed and designed a completely new configuration for the F76 Construction. The path was taken when at the Monaco Yacht Show 2011 Codecasa Shipyards unveiled in front of the whole world their new Vintage Series, through the exhibition of the first unit of the Codecasa 42 –Vintage Series – Hull F73, that achieved such a resounding success among the industry fans and experts to be awarded with the Nautical Design Awards 2011 for the Best Interior Design.

Two years later, that success was strengthened through the launching of sister-ship, Hull F75, now m.y. Libra, completed in July 2013.

Same as the previous yacht and still fully representing the distinctive and identifying traits of the whole line, this hull was also inspired by a classic style and traditional lines in the exterior design as well as in the interior design, as well as by a continuous and careful application of cutting edge and last generation technologies, able to obtain the best performances in terms of reliability and safety, comfort for the Owner and his Guests, respect and safeguard of the environment.Confirming their strong confidence in this new line of Yachts, Codecasa Shipyards delivered in Summer 2015 the first unit of the new Codecasa 50 –Vintage Series – Hull C121, m.y. Gazzella.