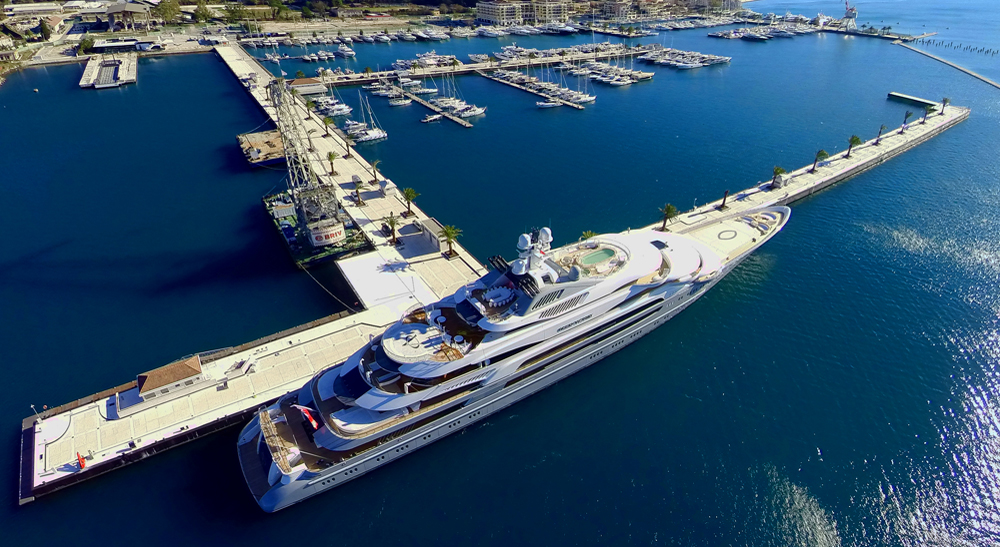 Porto Montenegro – the Adriatic’s leading superyacht marina – recently added a 250m berth to its offer, instantly positioning it as a world leader.

Porto Montenegro exceeds the largest superyacht berths even of One Ocean Port Vell in Barcelona (190m) and Grand Harbour Marina in Malta (135m). With the largest superyacht currently afloat measuring 180m LOA, it will be the US$770million Double Century at 220m LOA that raises the stakes once more upon her launch and Porto Montenegro will be ready for her. One Ocean Port Vell marina in Barcelona, Spain secured the second place with berth up to 190m LOA, while the third place went to Grand Harbour Marina in Valletta, Malta, with berths up to 135m LOA.