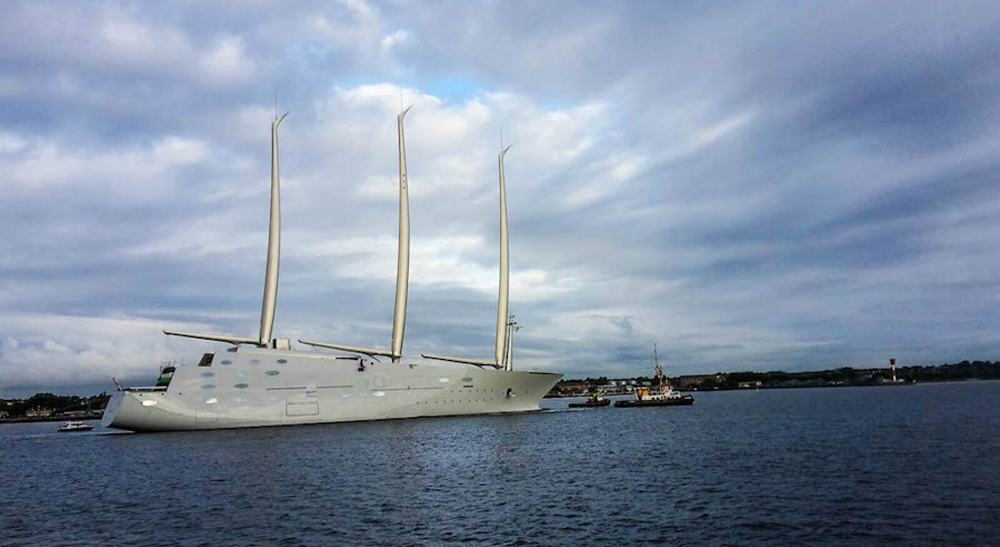 At 141 metres in length and 25 in the beam, White Pearl is the world’s largest sailing yacht.

Built by the Nobiskrug shipyards in Kiel, Germany, she was commissioned by Russian billionaire Andrei Igorevich Melnichenko whose current yacht is the 119-metre motoryacht, A, also designed by Philippe Stark.

She is built from a mix of carbon-fibre and steel. Her eight decks offer six suites and a host of other amenities include a heli-pad, a stunning observation pod with underwater views, discotheque and three pools. She will be manned by a crew of 66 and took a lengthy three years to build. Here the first images.