Luiz De Basto signing the yacht intended to celebrate 100 years of excellence in shipbuilding. Cantieri Navali Campanella, bought two years ago by Mondomarine, they are in fact born in 1915. To celebrate the anniversary Mondomarine chose a Sport Yacht. 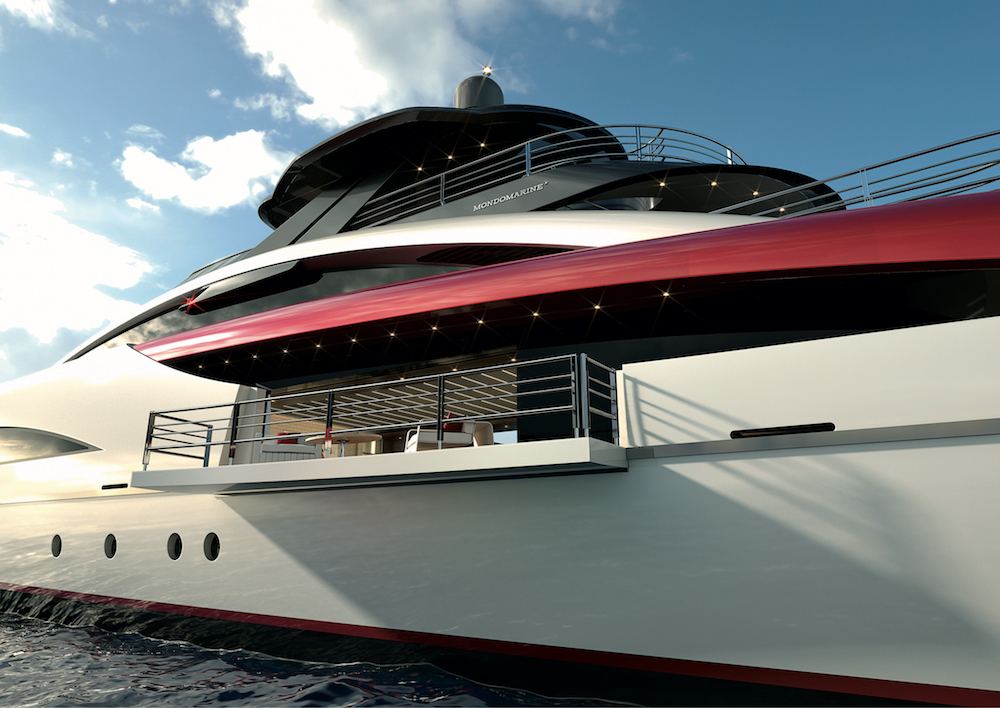 The Miami-based Brazilian designer focused on elegance and creating movement yet still managed to make the vessel a triumph of functionality and simplicity. The M60 SeaFalcon is conceived as an open plan vessel spanning both hull and superstructure with a long band of glazing. 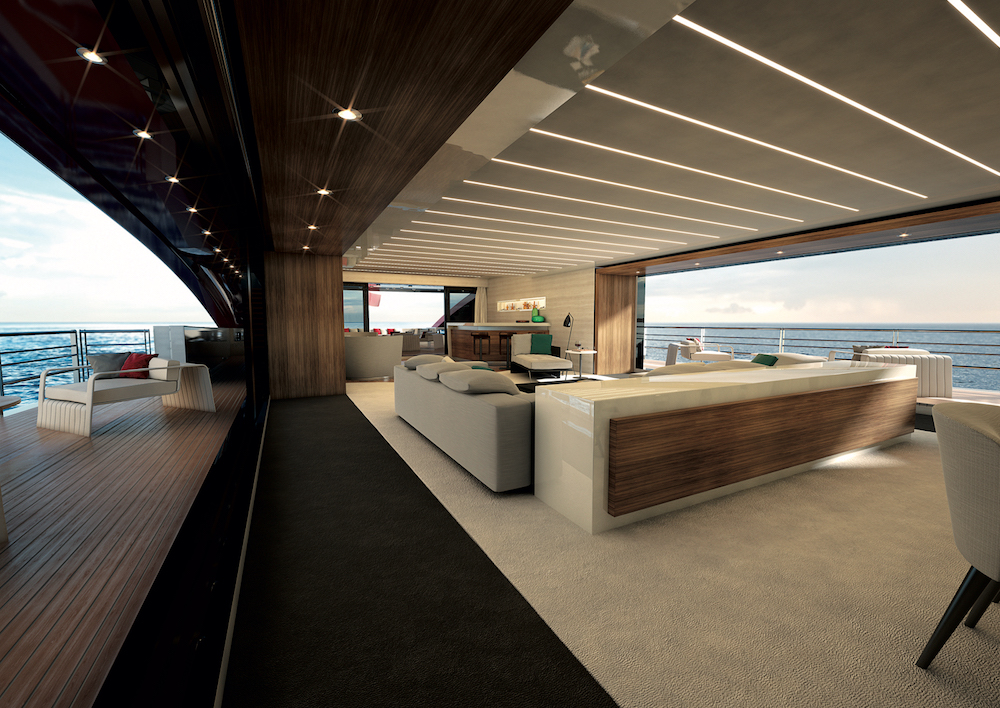 Two large arches mark out the upper and sun decks while the lower deck is picked out in Tuscan red. A very personal design, the yacht is both compact and linear. Its Mondomarine hull means it can make between 22 and 27 knots too.