The upcoming Cannes Yachting Festival will see Oceanemo presenting the new Oceanemo 33 project that follows the renowned Oceanemo 44. This has been a challenge almost to the limit of the impossible for the Ocea shipyard and the designer, Fulvio De Simoni: synthesizing all the characteristics of a Sport Utility Yacht into just 100 feet length. The new Oceanemo 33 is the only model in the world that can simultaneously hangar indoors an 8-meter owner’s tender, a 4.5-meter tender for the crew and 2 jet skis. 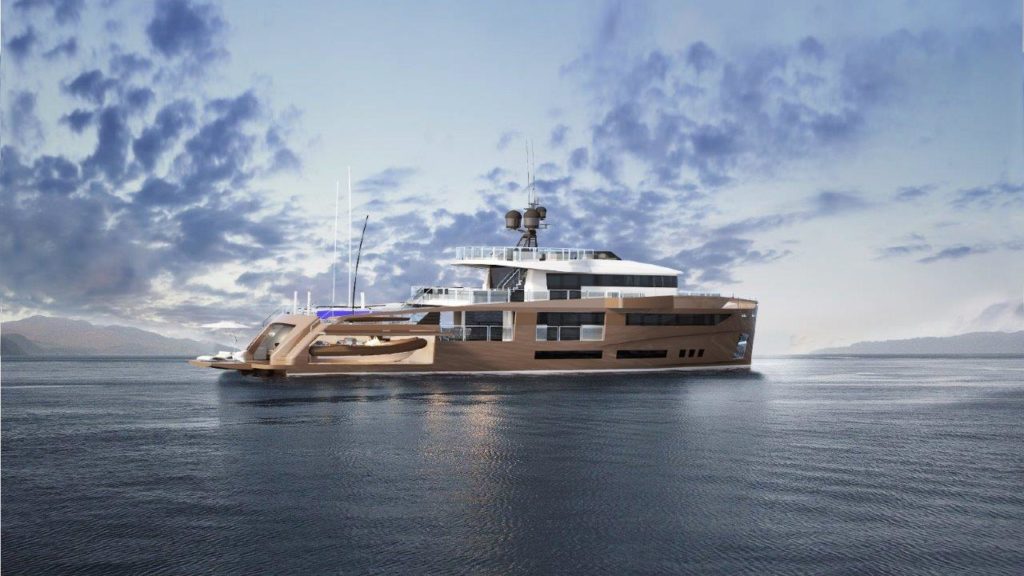 To combine the passion for sailing with the comfort of a modern and super technological resort together with an offer of unparalleled entertainment. With this clear objective Oceanemo, represented by Aldo Manna, and the French shipyard Ocea announce that they are ready to start the construction of the 3- meter model, designed by renowned architect Fulvio De Simoni; on the occasion of the Cannes Yachting Festival 2016 the project will be revealed in all it complexity. All the features of the famous 44-meter Sport Utility Yacht, launched in recent months, have been incorporated in the project. The new 33 meter is the result of an extremely complex design process which broadens the Oceanemo range and is particularly intriguing. 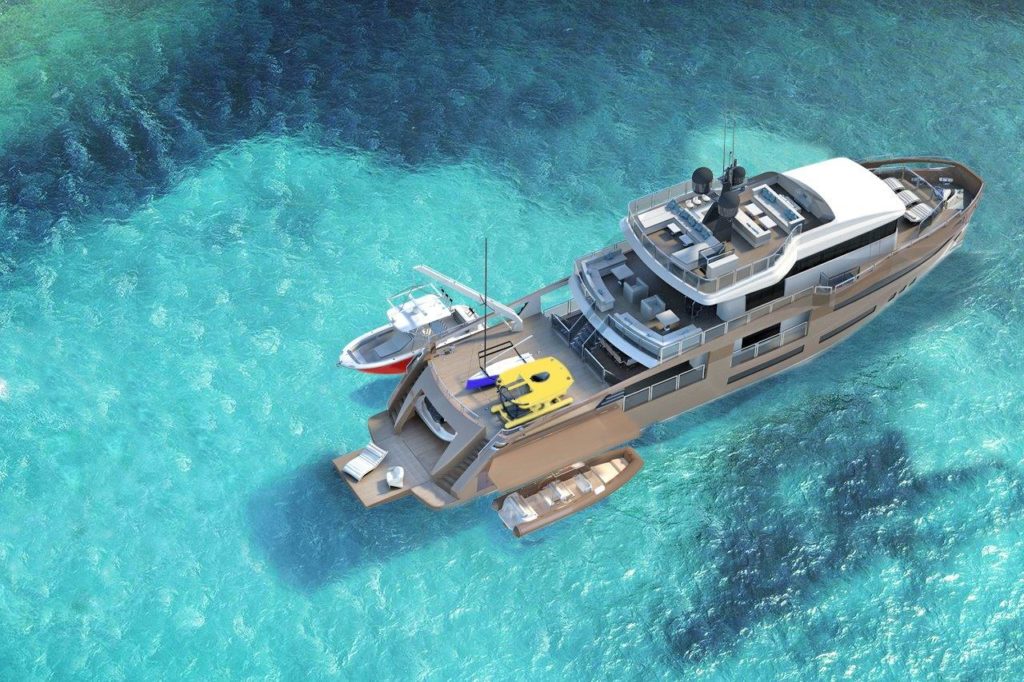 The main objective of the Oceanemo series is to provide maximum access to all possible fun activities onboard. A goal that translates into a boat designed to accommodate water toys, gadgets and vehicles for land, sea and air exploration. Distributed over 4 decks, the new Oceanemo 33 may be the only yacht in the world designed to simultaneously accommodate within a 56 square meter “hangar”, and without sacrificing interior space, an owner’s 7-meter tender, a 4.5 meter tender for the crew, 2 wave runners and 4 sea-doo. 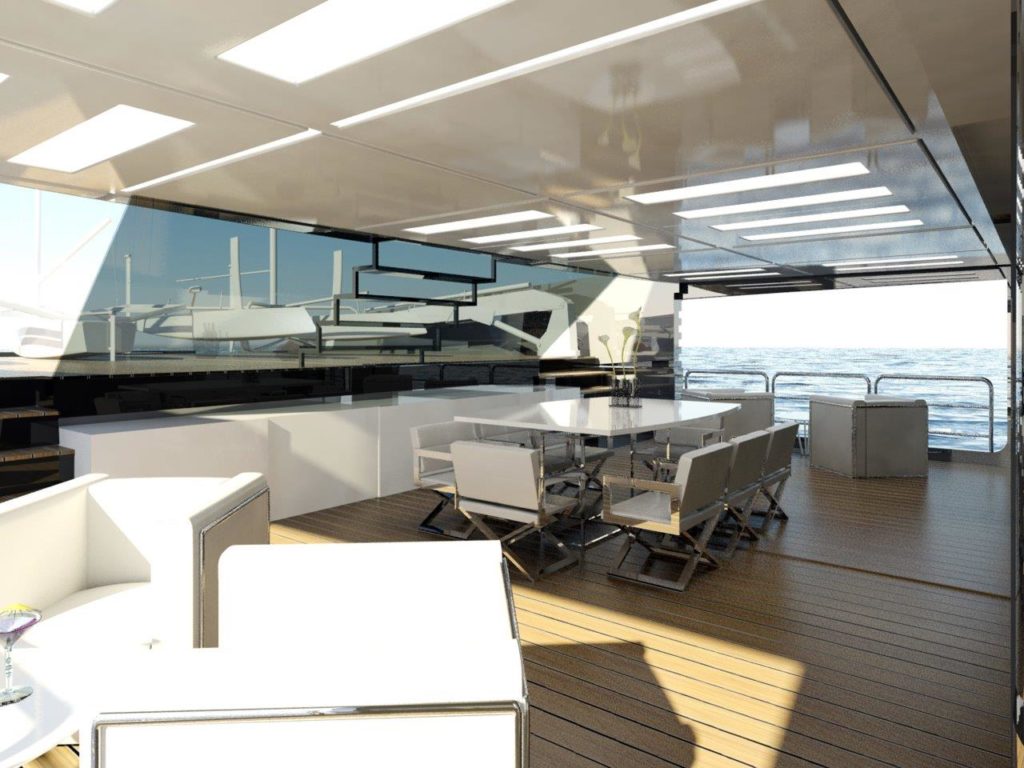 In addition to the garage, designer De Simoni has found a way to insert a “Raised Deck” of 46 square meters, a space designed to transport the remaining toys: a 19 ft Sportfisherman AL Custom and a 6 meter Day Sailer but the versatility of the space also allows other solutions: the owner may choose to take on a different choice of water features, preferring maybe a one- or two-seater submarine, a means for amphibious exploration, a Moth or even inflatable slides and other water gadgets and toys. 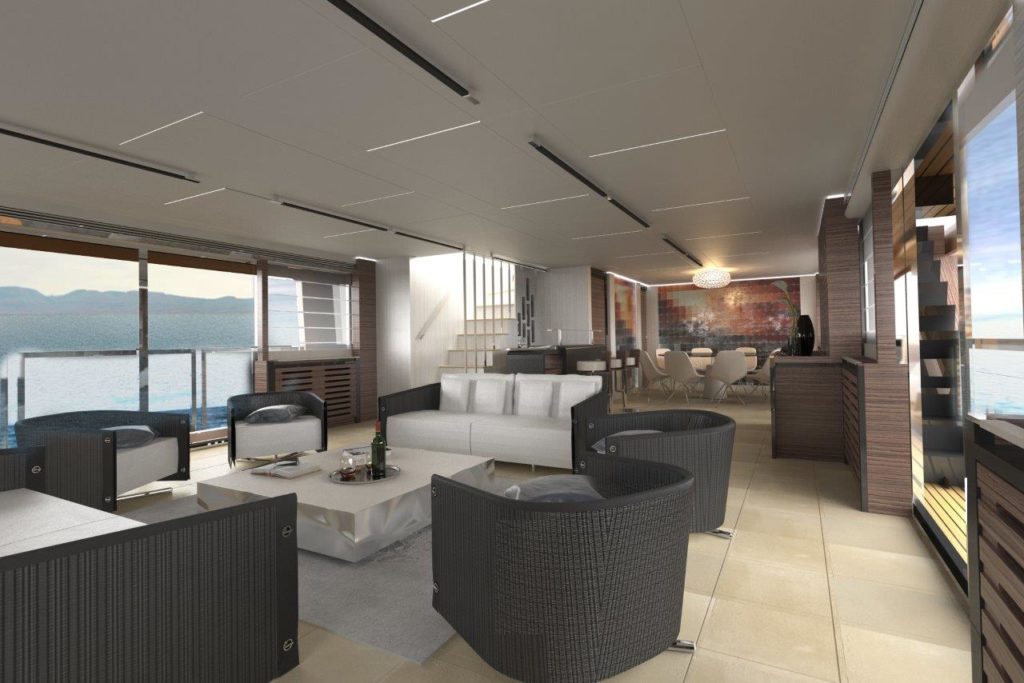 The wide variety of choice in no way affects the livability of the external or internal onboard spaces. External decks hold space for an outside bar, a lounge on the upper deck and lastly an outside dining area on the main deck, one of a kind, named the “Veranda” by De Simoni. A total of over 100 square meters dedicated to relaxation and conviviality! 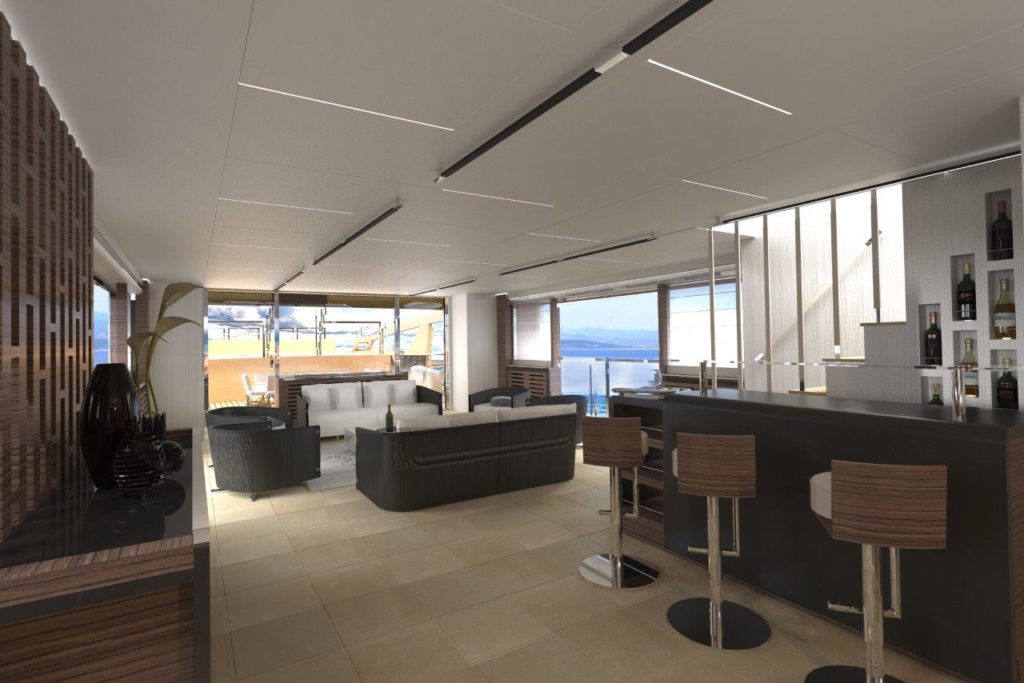 This Sport Utility Yacht, similarly to the 44-meter sister, is designed to be shared with family and friends and the designer, Fulvio De Simoni, has given the interior layout some essential areas: in addition to the salon on the main deck, two VIP cabins and as many double guest cabins, each with a private bathroom. The owner has at his disposal, however, an exclusive suite with a study area and private bathroom covering most of the upper deck. 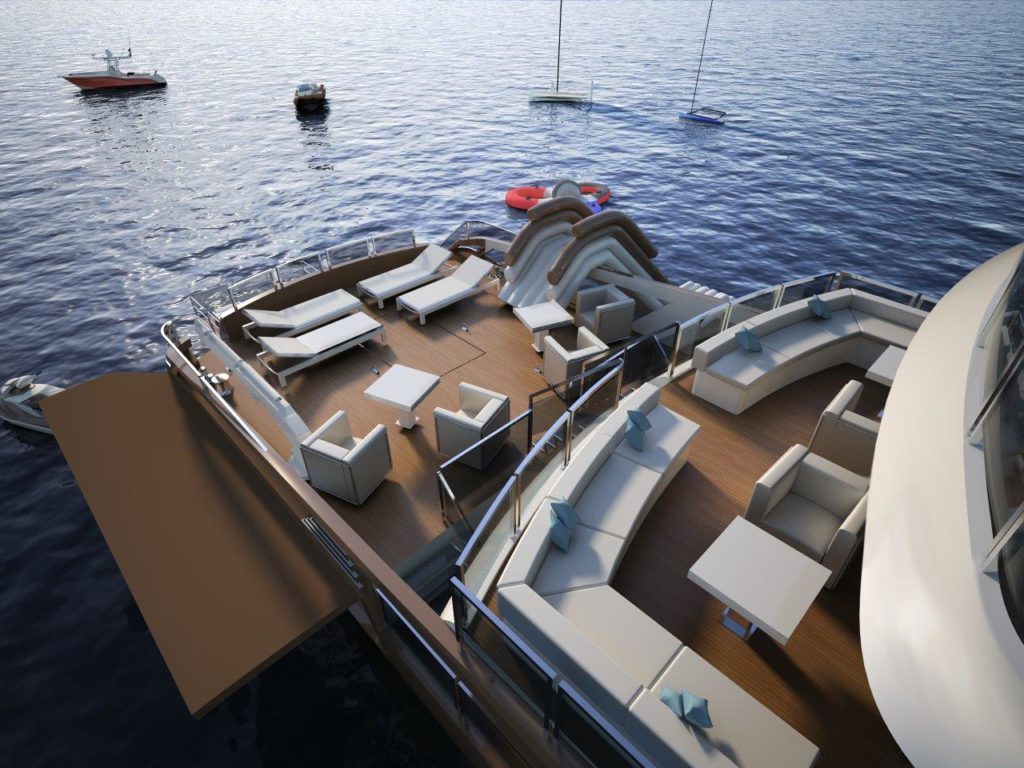 Aboard the Oceanemo 33 every single detail, from the layout to onboard entertainment, from propulsion to the interior and outdoor furnishings, can be customized according to the wishes of its owner. 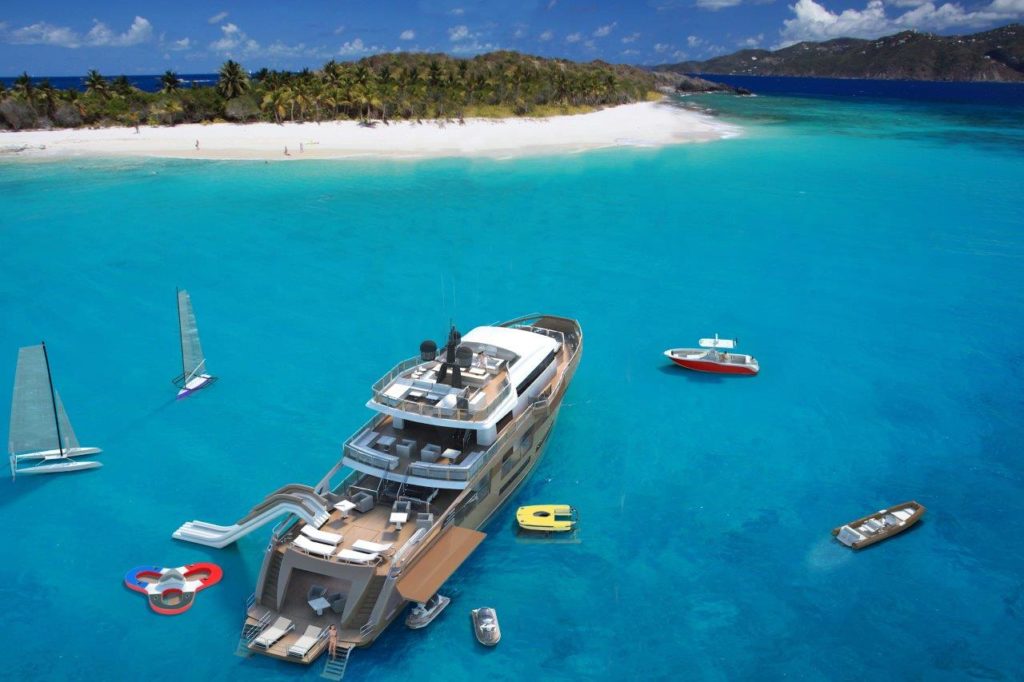 Built completely in aluminium, like all the Oceanemo range, this yacht combines high performance and sustainability, marking new milestones in the field of technology applied to yachting. The engine room, moved further towards the bow than conventional yachts, houses the two engines – relatively small – with a total capacity of nearly 1,000 horsepower, allowing a speed of 13 knots to be reached in fast displacement, with a cruising speed of approximately 10 knots. A novelty even for those ship owners most attentive to green issues is the Ocea shipyard proposal regarding the possibility of applying a diesel electric propulsion system with azimuth stern drive to the conventional propulsion; much more profitable than conventional systems, diesel electric propulsion ensures reduced fuel consumption by as much as 20% compared to yachts of similar size. The power management system optimizes the use of one or more generators to ensure the supply of electric energy required at any time, with the further advantage of being able to reduce the use of the generator itself, extending the time between overhauls.

A considerable design challenge even for the French shipyard Ocea, construction partner of the Oceanemo project which, with great confidence in the project and the new concept of Sport Utility Yachts, is ready to take the next step and start construction of the first models. Similarly to the Oceanemo 44, the new 33 meter will be built at the new Ocea production site in Les Sables d’Olonne, where the recent restructuring – and consequent reorganization –allows unprecedented levels of efficiency and innovation.