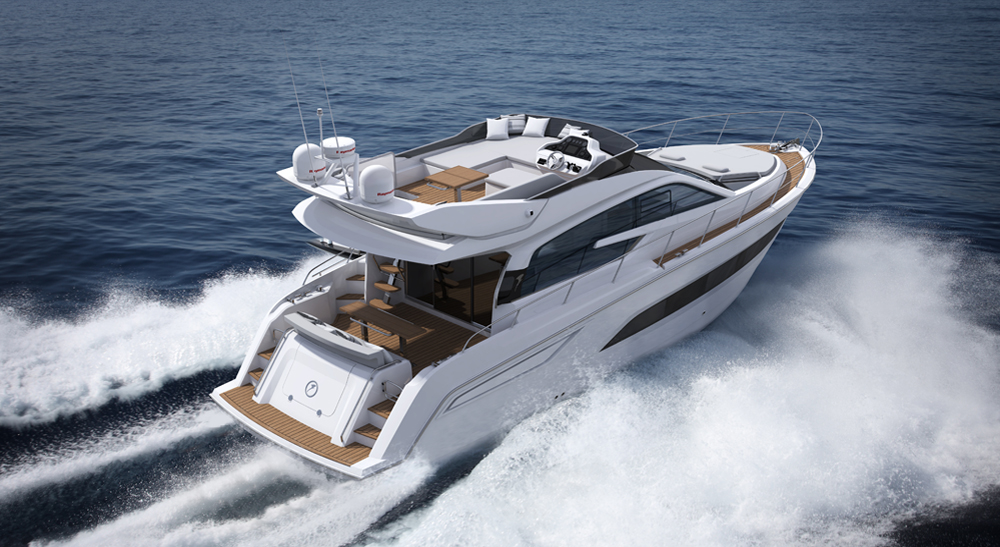 The collaborative effort between the important Chinese shipyard DFC-Wuxi Dong Fang High Speed Craft and designer Christian Grande is about to pay off.

The first yacht of the gamma from the Parma based designer has entered the completion phase; a modern streamlined 45 footer with huge windows, unusual and innovative in the Asian market. Available in Coupé and Fly-Bridge versions, both with high quality and high performance standards. The exterior of the DFC 45′ is characterized by sober, elegant lines and, especially in the two-tone version of the Coupé, perfectly sharpened. Both versions interior’s were designed with “European” and “Asian” variants, with a widespread use of leathers and precious woods.

The same attention was paid to their modern and innovative appearance and material combinations, with distinctly western features as per owners request. The new DFC 52′, big sister to the DFC 45′, was also designed by Christian Grande. Based on similar concepts but offering more space and equipment, the 52′ is presently in an intermediate stage of development, further details for the press will be released in early 2016. DFCS’ development plans are ambitious; they include the production of new fiberglass yachts from 30′ to 60′ in the period 2014 – 2016, with new J-boats and business boats beginning in 2017.