On November 22, Gianni Zuccon was welcomed onto the Altagamma Honorary Council as Ambassador for Italian Excellence in the world, joining a prestigious list of talented people who work in diverse areas of culture, art, design and politics, and contribute each in their own way to promoting the best global image for Italy.

The ceremony was held in Rome, with Italian Minister Angelino Alfano in attendance, in the magnificent Villa Madama on the slopes of Monte Mario hill, which was designed based on an architectural idea by Raffaello. 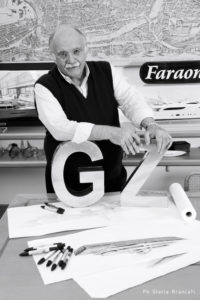 The architect and founding partner of Zuccon International Project was chosen for his valuable and passionate design work, as well as for his celebrated innovations in the world of yachting. A fundamental and highly appreciated contribution made by Zuccon is the role he gave to light and close contact with the sea. By swapping the roles traditionally played by interiors and exteriors, he gave a boost to the outdoor areas, creating yacht designs in which settings literally flooded with light carry on a conversation with the sea, thanks in part to the massive use of spectacular glass surfaces.

The other personalities chosen this year to represent our country’s sense of beauty and excellence have backgrounds in various sectors but all share the same great devotion to their work: Carlo Cracco, Claudio Costamagna, Eleonora Abbagnato,  Francesco Cerea, Fulvio Pierangelini, Piero Bassetti and Mauro Micheli.