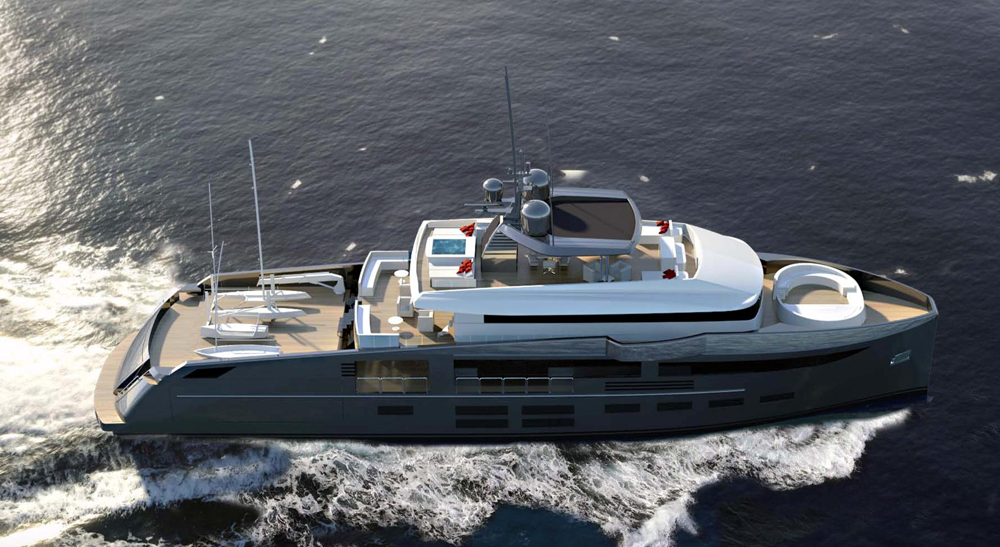 The Nemo 44 is new Sport Utility Yacht concept from the pen of Fulvio De Simoni.

It is also first offering from MC Yacht & Co. International which is owned by Aldo Manna and expands the scope of his highly respected maxiyacht build and maintenance management and brokerage firm, MC Yacht Srl. Manna’s in-depth experience and long working relationship with both De Simoni and Ocea Yacht, France’s leading military and aluminium pleasure craft yard, has produced the Nemo 44, an offshore commuter with an impressive range for long passages.

Sporting an aluminium hull and superstructure, a deep keel, narrow beam and plumb bow, the Nemo 44 can take 10 guests and eight crew aboard. Designed as an exclusive floating resort that can reach even the most exclusive destinations, it has 300 square metres of deck space and interiors that include a 75 square metre master suite.

Described by MC Yacht & Co. International’s director general Francesco Merenda as an SUY (Sport Utility Yacht), the Nemo 44 will not pack huge engines but will deliver 16 knots at full throttle and a range of 3,500 miles at her cruising speed of 12, a figure that rises to 4,000 at 10.