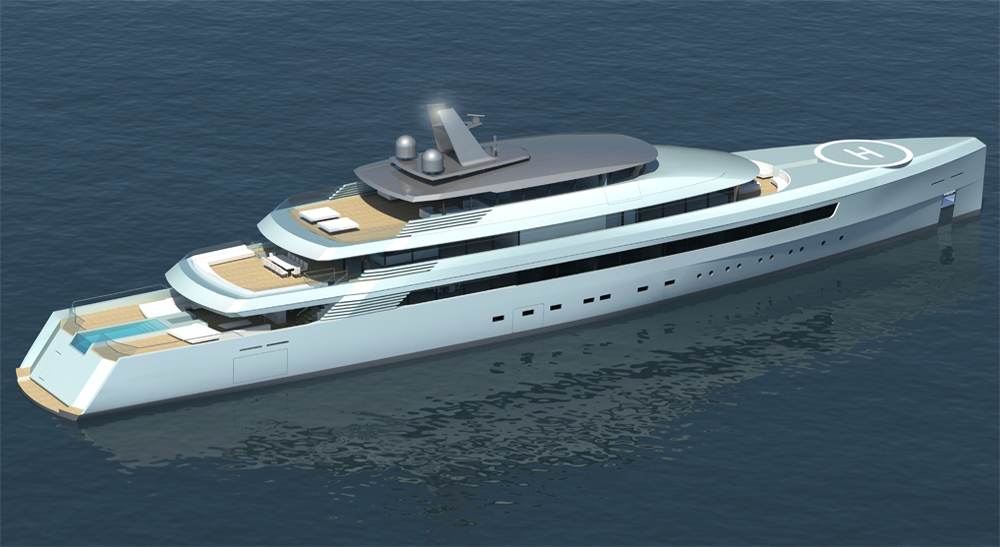 With three widely renowned motoryachts of 50m, 55m and 73m delivered by Italian yacht builder Picchiotti since 2010 and a completed conversion on the 71m explorer vessel M/Y Engima XK at Atlantic Refit Center, 2015 was a landmark year for Vitruvius Yachts.

The London-based design and naval architecture company, led by Veerle Battiau and Philippe Briand, signed two new build projects at prominent shipyards, including Feadship de Vries in Holland and Turquoise in Turkey. Vitruvius Yachts also announced a number of exciting new collaborative projects for design concepts, and is undertaking its first land- based project, a ‘land yacht’ yacht club based in Hong Kong, due for completion in 2017

The project to be built at Feadship de Vries is a 58 m motoryacht, which is due for delivery in 2018 and will have a design reference of a ‘beach house on the water’.

The 80m VY80 is the first yacht to be commissioned under the newly rebranded Turquoise name, with expected completion in 2018. It will feature significant use of glass to give a sense of transparency and openness, while maintaining an intimate ‘family feeling’. The yacht will include a dedicated owner’s deck and accommodate 12 guests and 21 crew members.